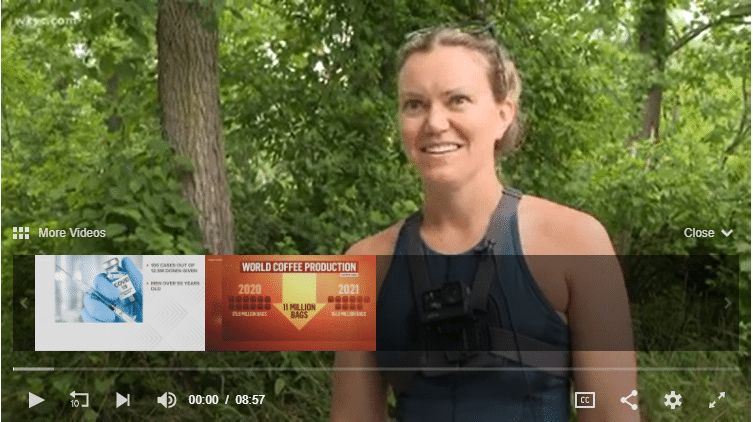 The adventure began in Cincinnati back on June 21.

‍SAGAMORE HILLS, Ohio — Her mission was to run 341 miles across the state of Ohio from Cincinnati to Cleveland. That goal is nearly complete as Mentor native Katie Spotz, 34, begins the final leg of her journey from Sagamore Hills to Edgewater Park in Cleveland on Thursday morning.

“Her goal is to break the female world record for the most consecutive ultra-marathons in a row by completing 11 daily 31-mile runs,” officials said in a press release.

The adventure, which began back on June 21, is also being done to raise $34,100 for charity – an effort to help fund 11 clean water projects for Ugandan schools through a partnership with H2O for Life.

“Run4Water marks Spotz’s 10th endurance challenge to raise money for clean water projects in developing communities around the world,” officials said. “She rose to the public spotlight during her 2010 campaign Row for Water where she set records by rowing solo across the Atlantic Ocean in 70 days.”

Welcome to the Facebook page for Cleveland's NBC affiliate. For all the latest Northeast Ohio.