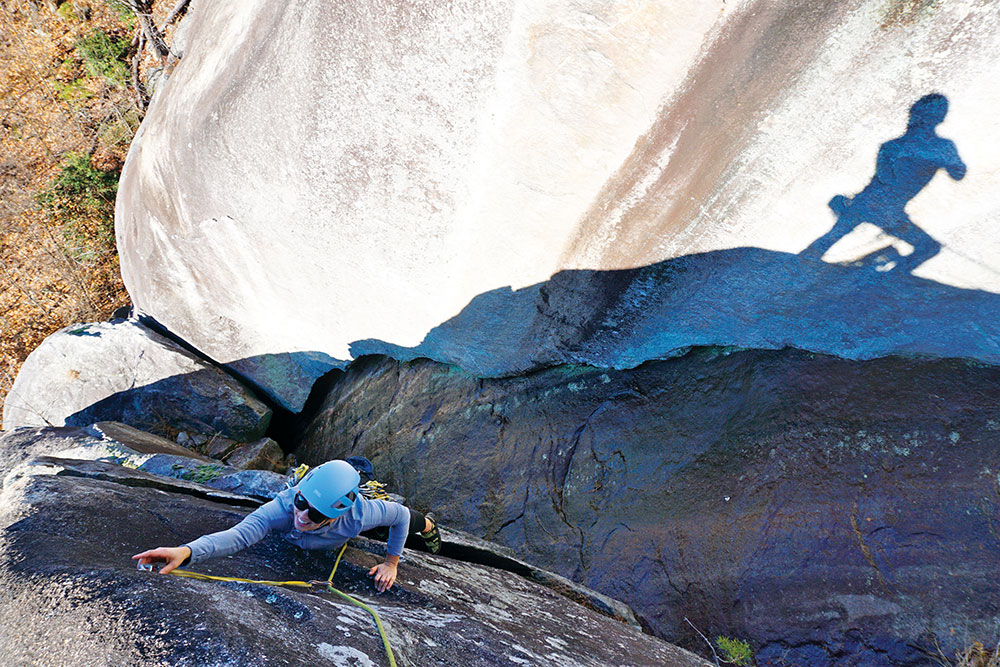 C4 will be staffed by people whose employment was affected by the pandemic. The C4 crew will be responsible for building critical trail infrastructure in the Carolinas.

“Sustainable trails are critical to strengthening access in the Carolinas,” said Mike Reardon, Executive Director of the CCC. “Many in the climbing community have lost their jobs due to the Covid-19 pandemic. We are thrilled to create a conservation corp crew to complement our extensive volunteer stewardship efforts, which have been a hallmark of the Coalition.”

The first focus of the C4 crew will be to cut trail at the newly opened Pumpkintown wall located inside South Carolina’s Table Rock State Park. Additional work will be done at Big Rock and potentially Hickory Nut Gorge and other climbing areas across the Carolinas, if funds last.

The CCC has initially allocated $5,000 to the C4 with an immediate goal of raising $25,000 to sustain the initiative. “These are exceptionally difficult times,” said Tom Caldwell, President of the CCC. “This is when we need to stand even stronger to support our climbing community and access, as well as invest in the future of climbing through sustainable infrastructure. We need the support of companies and individuals alike.”

Anyone interested in donating to the C4 initiative can do so online at www.carolinaclimbers.org/c4

For over 26 years, Blue Ridge Outdoors magazine has been the definitive guide to outdoor sports, health, and adventure travel in the Southeast and Mid-Atlantic. Distributed every month from Baltimore to Atlanta, BRO has established itself as the country’s top regional outdoor publication.

The definitive guide to outdoor sports, health, and adventure travel in the Southeast and Mid-Atlantic.