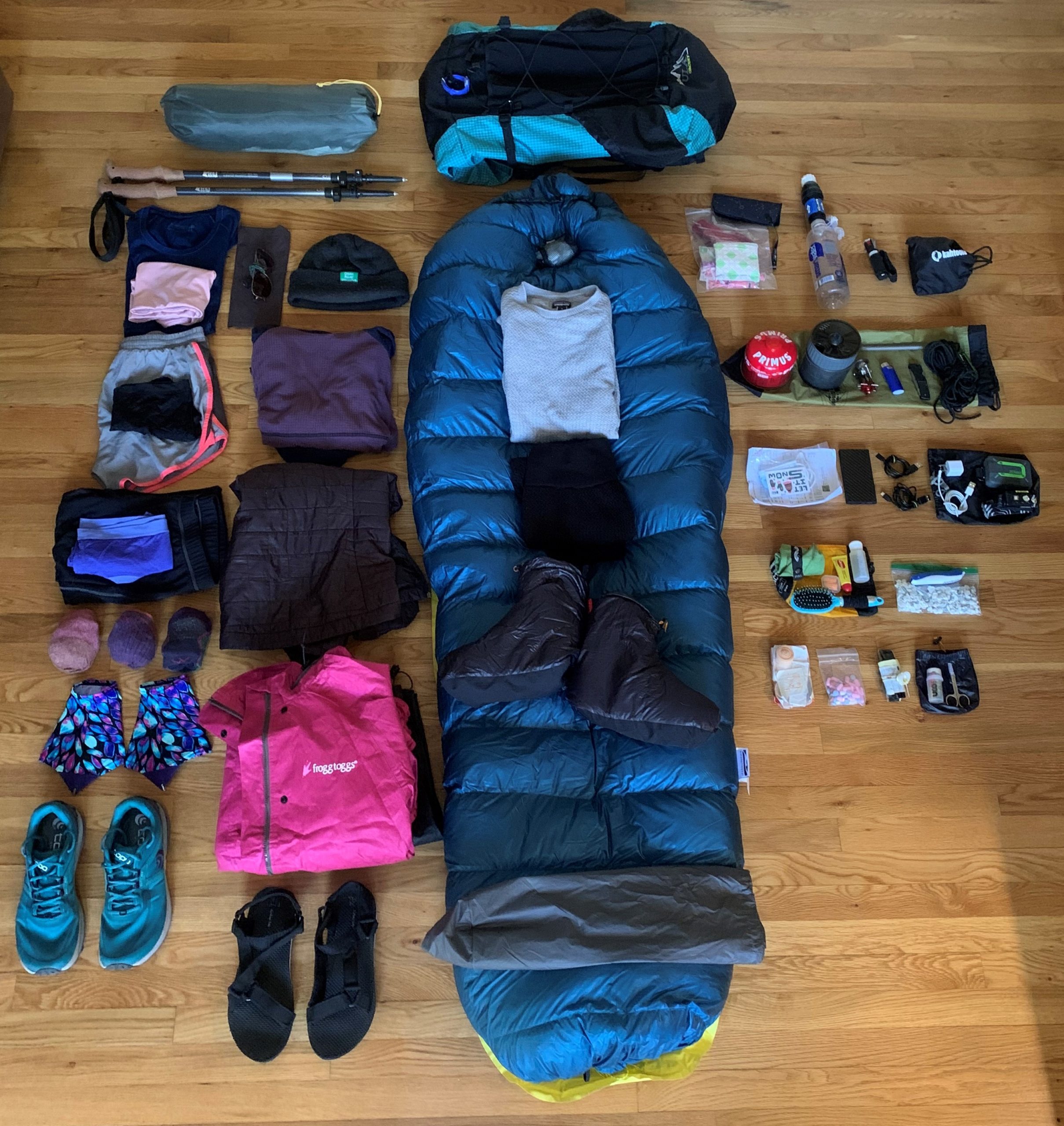 Oh boy, gear! I’ve spent hours and hours looking at gear, comparing specs, and reading through other hiker’s lists, and now the time has finally come to share my own gear picks for the upcoming hike. I hope you’re ready for some big gear talk and information overload because here we go!

This tent was one of the first big gear choices I was pretty decided on after I first learned about it. It has a ton of internal space, is very easy to set up, can be made free-standing, and is fairly lightweight at 32 oz. It’s not the lightest tent out there (by far), and I do have to admit I had a moment of doubt where I tried out a different ultralight tent that definitely wasn’t for me, so I went back to this first choice which proved to be the right one. May I present to you… The Tarptent Rainbow!

Coming from a big Kelty Coyote pack, I was excited to enter the world of more minimalist packs. I decided on a pack that was light but also had the capacity to handle some heavy loads, a pack with good durability, and with some cool features my Kelty didn’t have (hipbelt pockets oooweeee!). This ended up being the 68-liter ULA Circuit.

The choice of quilt was one of the tougher ones for me. Prior to this I had only ever used a 32-degree synthetic sleeping bag, so the idea of a versatile down quilt was intriguing but also a little worrying. Comparing weight savings, freedom of movement, warmth, draftiness, fabric, fill power, fill weight, waterproofness, draft collar, and other features felt impossible. Baffle direction? Does that even matter? What the hell is a differential cut?! Lots and lots of research went into this choice. Even after I had decided to get a quilt, there were so many good brands to choose from! In the end, I went with the Katabatic Flex 22 with 3 oz of overfill (so hopefully a Katabatic Flex 16-ish).

You can continue reading the complete article with all the gear picks by Miranda Turner here.

Media Mentions from the Trek

Appalachian Trail, Continental Divide Trail, Pacific Crest Trail, and everything in between. We are dedicated to serving long distance backpackers.

We are All Things Long-Distance backpacking.

Appalachian Trail, Continental Divide Trail, Pacific Crest Trail, and everything in between. We are dedicated to serving the thru-hiking and long distance backpacking community.

NOTE: Cordial debate is allowed and encouraged. If you're rude, however, your comment will be deleted. If you make personal attacks at another commenter or a Trek Blogger or Writer, you will be banned from this page.