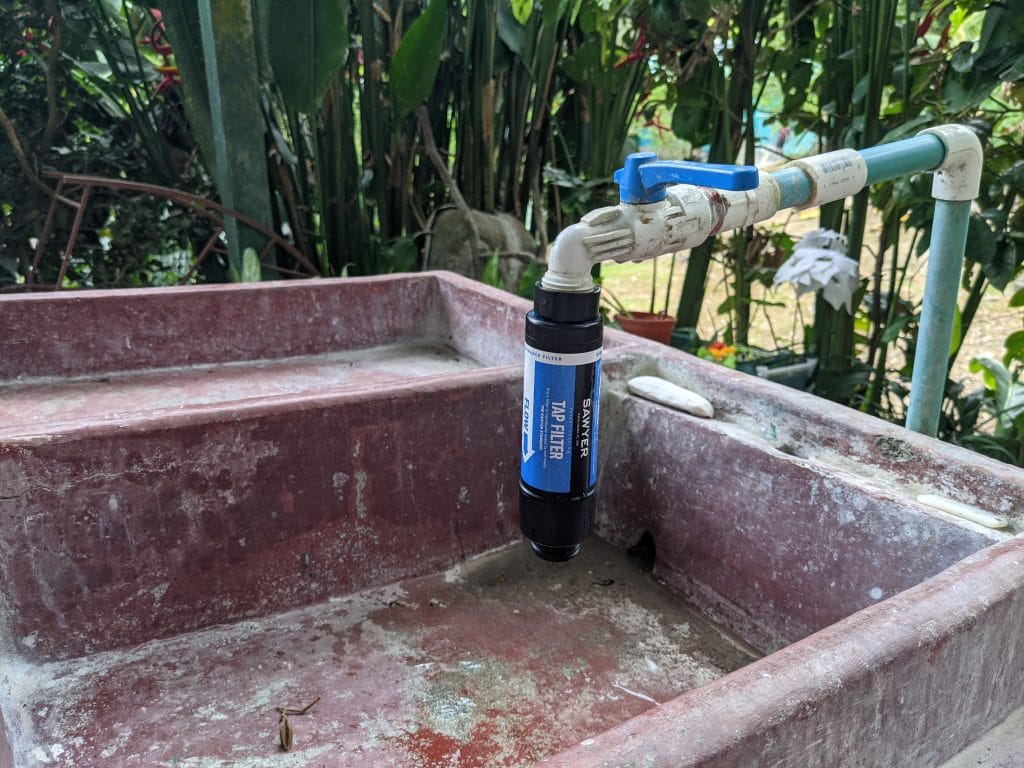 What is the Latin America Water Crisis?

Approximately 36 million people in Latin America live without clean drinking water on a daily basis, which has particularly impacted the region’s population of children. One 2010 study of the Caribbean and Latin America found that 12,000 children under the age of 5 died within a single year due to water-related diarrheal disease.

Many households in Latin America rely exclusively on store-bought purified water for drinking - if they can afford it. While this water is safe to drink, it’s often only available in single-use plastic bottles, which poses its own environmental problems.

The underlying issue that lies at the heart of the water crisis in Latin America is the lack of access to piped water and sanitation services in rural areas. While urban areas typically have access to treated municipal water supplies, rural communities are often less fortunate and don’t have the infrastructure in place to acquire the clean, safe water that is so essential for long and healthy life.

How Sawyer Filters Can Make an Impact

Tap water filters are an extremely powerful tool that are capable of providing clean water to families most in need. These filter systems provide one of the easiest solutions, too - while it may not be possible for individuals to leave behind their jobs, friends and families in their hometown in the quest for clean water, installing a simple water filtration system stands to make a massive impact on people’s lives.

Both the Bucket Filtration System and the new Tap Filtration System can make a huge difference to the ease of access and quality of drinking water not for just a single household, but for entire communities. They’re easy to use, inexpensive, and can last for more than 10 years at a time.

These filters tackle common contaminants found in freshwater sources in Latin America, including contaminants that are traditionally difficult to remove, such as bacteria, microplastics, protozoa, and cysts.

The result? Clean water that’s safe to drink and poses no risk to young children.

Helping Those Most in Need

Already, Sawyer has worked extensively to provide clean drinking water solutions to people living in Liberia in a mission known as the Liberia project.

Through this project, Sawyer transformed more than 3.2 million lives over 12 years, drilling nearly 4,000 wells and donating more than 130,000 Sawyer filters to homes and communities. Thanks to Sawyer’s support, Liberia saw a 90% reduction in diarrhea linked to dirty water, with a total of 150,000 lives saved in that time!

The figures speak for themselves. Water filtration isn’t only powerful enough to have a positive impact on peoples’ lives - it can also save them. A similar project would certainly prove hugely beneficial to the rural communities in Latin America.

Those most in need of a clean drinking water solution in Latin America are the region’s poor populations, rural populations, and children.

There’s no denying that bottled mineral water is a luxury. If you exclusively drink bottled water, simply because you prefer its taste, you’re one of the lucky few. There are hundreds of poor populations in Latin America who need bottled water - not because it tastes better, but because their home’s water supply poses a serious health risk. Yet unlike the average westerner, they’re unable to afford to put their health first.

Research by the World Water Council indicates that there is a large water pricing inequality in Latin America, with statistics showing that poor people paid between 1.5 and 2.8 times more for their water compared to non-poor families. The irony of this is that the water paid for by poorer populations was typically of a much worse quality than the water delivered to the non-poor households.

The benefit of the Sawyer Tap Water Filter for poor populations in Latin America is obvious: it would put monetary income back in the pockets of families currently paying for clean water.

At the moment, many people living in rural regions have two choices: pay for bottled water or drink from a dirty water source. The issue here is that rural populations typically coincide with the poor populations in Latin America, making it probable that many members of a rural community are unable to afford bottled water.

The solution is not to insist that these rural populations move to areas that have the luxury of clean water - it’s to bring the clean water to them. While building infrastructure to supply treated water to rural regions would be the best long-term solution, the monetary resources and effort needed to do so will be long in coming.

Solutions such as Sawyer’s Tap Water Filter and Bucket Filtration System provide a much more realistic, affordable solution that provides just as an effective outcome.

Children are most at risk of illness and death from drinking clean water. Providing children with clean water is, therefore, essential - and Sawyer has proved that it’s more than possible to do this on a large scale with the impressive Diarrhea Reduction in Liberia project.

After the entire country, from border to border, was provided with free water filters, Liberia became the first developing country to have all-over access to clean drinking water. Even the “impossible to reach” rural areas were able to benefit from clean water, which, after just eight weeks, reduced diarrhea by over 90%.

The wide-ranging distribution of the Sawyer Tap Water Filter and Bucket Filtration System in Latin America could easily achieve the same results as the Liberia project. Diarrhea in children and adults could be greatly lowered, reducing the number of schooldays and workdays missed as a result of waterborne sickness.

Families in Latin America would no longer have to purchase water or save for medical expenses associated with waterborne sickness, leaving them with more money to spend on food and other necessities.

With evidence of the striking impact that Sawyer’s water filtration solutions have had on developing countries in the past, there’s no debating the fact that a similar clean water project could be incredibly advantageous in Latin America.

Both the Sawyer Tap Water Filter and Bucket Filtration System would prove vital tools in decreasing, and eventually eliminating, the “water poor” population in the region, allowing every household across Latin America to have safe access to life’s most basic yet important necessity.

Author bio
Brian Campbell is the founder of WaterFilterGuru.com, where he blogs about all things water quality. His passion for helping people get access to clean, safe water flows through the expert industry coverage he provides. Follow him on twitter @WF_Guru or contact him by email brian.campbell@waterfilterguru.com

We want to help everyone have access to fresh, clean and healthy water!

Water is necessary to all walks of life on our beautiful planet and is something each and every one of us needs to thrive and live healthily. We humans need to be drinking at least 64 ounces of water each and every day!

At WaterFilterGuru.com we believe everyone should have access to this essential resource. Our mission is to help you find information, products and solutions to address your water quality needs.