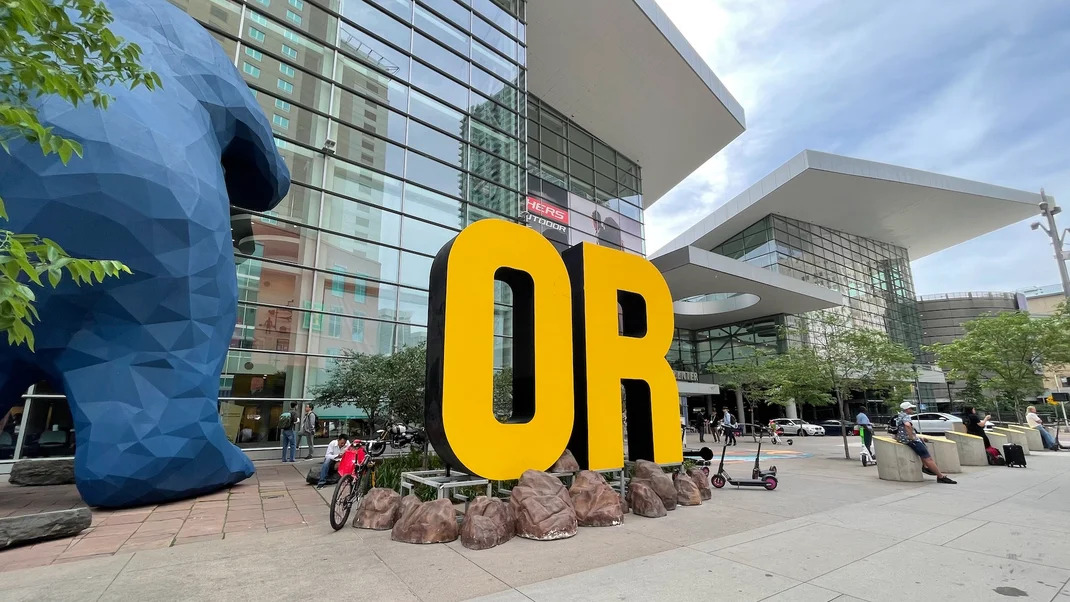 OR Has Wrapped. Here’s What Happened on the Last Day.

That's all, folks. Outdoor Retailer has packed it in. Here's what went down on day three

As the clock ticks down to Outdoor Retailer’s 40th anniversary show, it’s tough to zero in on a single emotion. OR has been doing its thing in Denver for five years—Covid gaps notwithstanding—and for many, there was a sense of rightness about it that’s difficult to articulate. Yes, there’s the economic boon. Yes, there’s the central location. But at the heart of it all, OR’s Colorado residency fit the people here. The show, some would argue, was a reflection of the values and passions that make Colorado such a renowned ambassador for outdoor recreation and stewardship.

The next time this crowd gathers in early 2023, it will be back on the show’s old Utah stomping grounds. As attendees strolled the floor one last time or zipped by trying to hit that one booth they’d missed, it all seemed more final than usual. Colorado played host to a mere sliver of Outdoor Retailer’s 74 shows over the years, but it’s been a meaningful, if transitional, run. Some would say the “retailer” part has lost a bit of luster over time as the show has slowly shifted its focus to other areas—advocacy and consumer-focused elements chief among them. Will the Salt Lake City redux restore the OR of a bygone era, when big brands were king and deals were inked on the spot? Unlikely. Still, the specific nature of OR’s next chapter remains to be seen.

In the meantime, here’s our final roundup of new brands, neat gear, and deep thoughts from Outdoor Retailer Summer 2022.