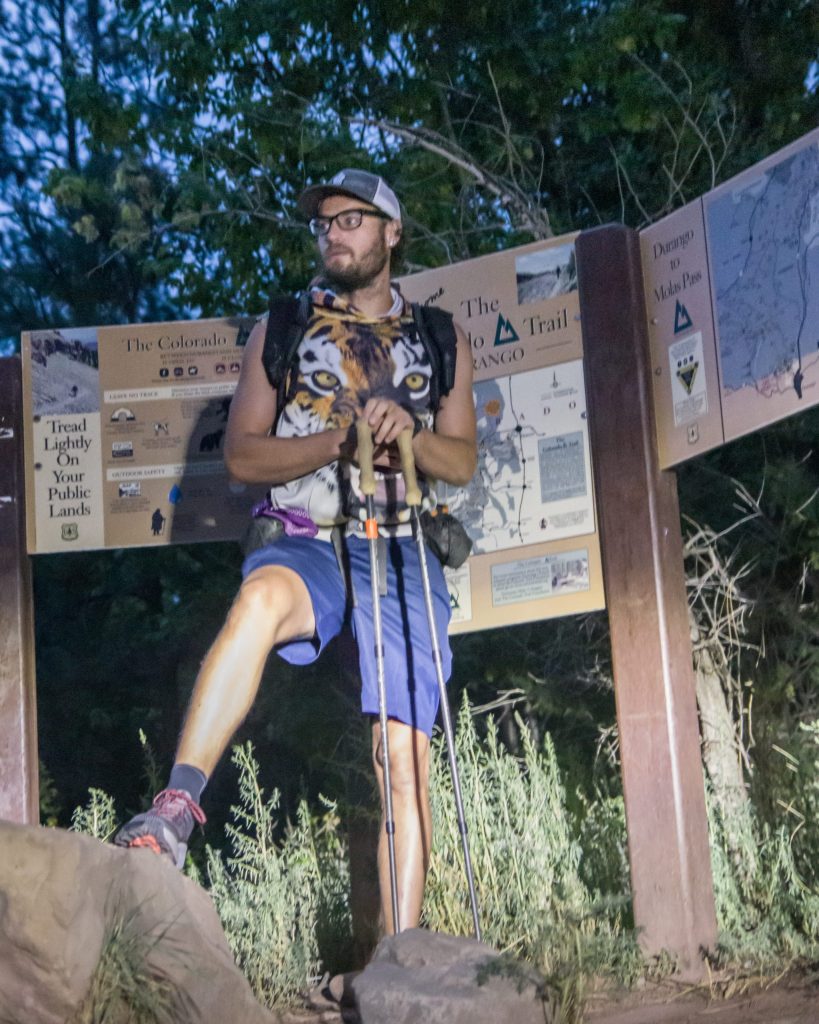 The last time I spent any amount of time in Colorado was when I lived in Denver after college. I spent my first summer in the Mile High City climbing all 58 14ers in the state. The 14,000 foot peaks provided both a goal and 58 individual challenges. Over the next few years I explored Colorado in every way that I could. I competed in ski races, ultramarathons, devised my own routes, connected peaks and ridges, hiked the Continental Divide Trail twice, and even completed Nolan’s 14 in under the 60-hour cutoff while hiking the CDT. But I had somehow never done the Colorado Trail.

For two years I have considered doing the Colorado Trail, but always came back to the question: How would I make this experience different? I have spent time in every town along the trail, and throughout my adventures I’d already hiked over 90% of its length. It is the area I know best of any in the entire United States, so I wanted to find a different way to experience the CT.

At first I considered a self-supported FKT, caching food along the route. But with 2020 full of calls for hikers to avoid putting unnecessary strain on trail towns, I put more thought into it and decided this could be my chance to take on a new kind of challenge: Unsupported for nearly 500 miles. I would carry everything I needed from Durango to Denver.

I took a leave of absence from my job at the grocery store, and within a month I received word that some talented film-industry friends thought we could make a one-of-a-kind film about the Colorado Trail unsupported FKT. After all, the 2016 unsupported record holder, John Z, had made an amazing video about his attempt.

Beyond trying to decide what to carry for a 9.5-day unsupported push, this new idea added another planning wrinkle. How could we film this record while staying within the boundaries of an unsupported attempt? I held a meeting with the crew the day before departing, and drew some hard boundaries. Not only would we be complying with the definition of unsupported, but we would take it even further. My girlfriend would simply not be allowed to film me, or be near the trail as I passed in any way. I wanted to avoid all emotional support, or anything that could conceivably be seen as emotional support. I would not interact with the film crew in person with eye contact, verbal acknowledgement, or even knowing where they would be filming. I would not help them locate me on the trail, or have any idea about their timing and plans. I would not make phone calls to anyone throughout the attempt. All motivation had to come from within, and I would not be calling out for the support from family or friends.

And finally, with this already-defined bubble I would enter while walking the trail without external support, I would only use natural water sources (no water spigots) and my social media would be turned over for my girlfriend to run. I might post a few stories to display and prove the experience, but this FKT effort would be done in the present, and without distractions of praise or support through the interwebs.

I prepared to embark on the journey by cramming 8.5 days worth of food (one full day less than I expected to need) and enough gear to simply endure the worst weather I could end up in. I planned to both ration food and be without for the last day. It would motivate me, but also keep my pack light enough to manage at the beginning.

Media Mentions from Free Outside