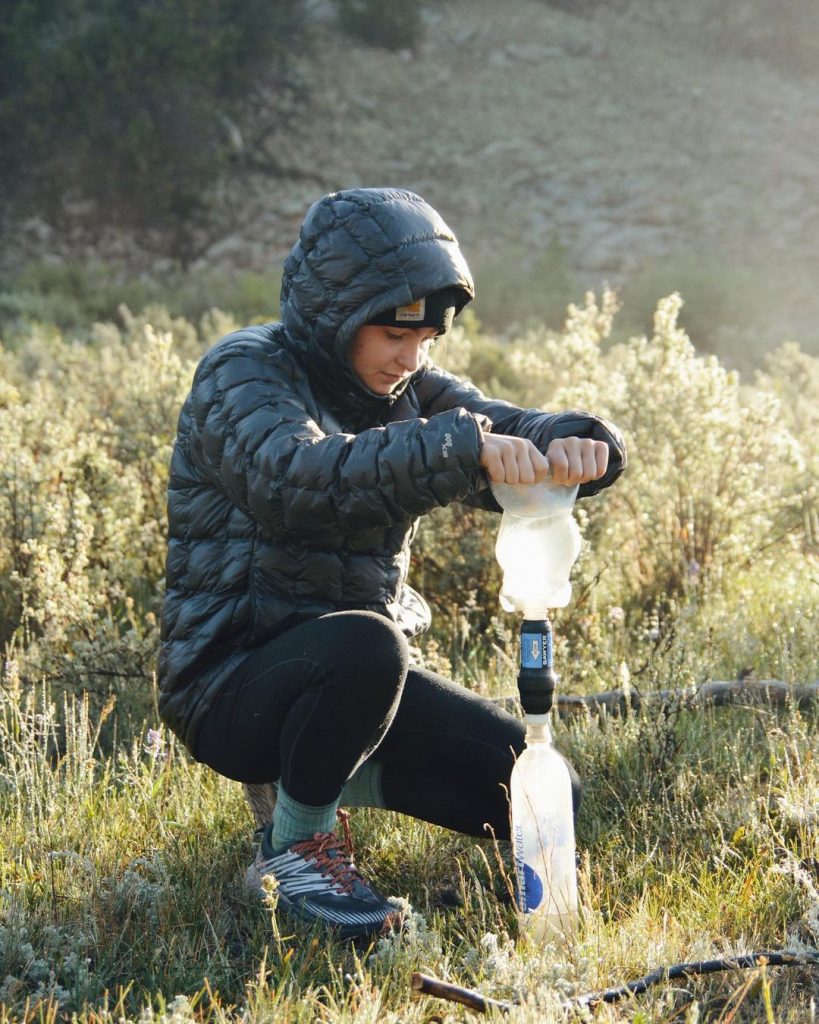 I awoke to other hikers breaking camp, and within a minute, I was filled with anticipation and ready to move. It was 2:30 in the morning. An hour later, my friend Hazel and I arrived at the base of San Luis Peak, one of Colorado’s fourteeners, to find our two friends huddled in a grassy gully in an attempt to shelter from the wind. The moon was full as we hiked up to the peak under the bright sky, our heavy breathing and uneven footsteps on the steep rock scree breaking the silence of the night. On my way up, I thought about how magical it all was. At 14,014 feet, the top was cold, the kind of cold that bites at your bones. I lay huddled in my down quilt under the clear sky, feeling tiny and invisible and big and powerful at the same time.

This is what living fully looks like to me. Hiking a fourteener in time to see the sunrise. Spending time at a secret lake in the middle of nowhere. Running a marathon. What you do isn’t ultimately important. What’s important is that it’s something you love, something that humbles you, something that makes you feel powerful.

I got my first taste of this kind of power when I was 14, after biking 200 miles around Lake Champlain in Vermont. I had a biker’s high (I’m making it a thing now) and didn’t walk once, even on the hardest of hills. On the last half mile, I couldn’t keep a smile off my face because of how capable I felt. I had the sense that I could do anything. Since then, I’ve never walked in a cross-country race, no matter how tired I was. I’ve never skipped a section of a continuous hike. Some would say I’m a purist, but to me, walking a race, cherry-picking parts of an adventure, or getting off my bike for a hill feels like cheating.

Photo by Zoe Greenhouse
In a world in which much of daily life is centered around social media, money, and routine, exhilarating experiences like this are crucial to health and happiness. Social media lowers our self-esteem, makes us overthink, and takes up more time than we’d like; some 40 hours a week are centered around making money, and every day tends to follow a similar schedule. If these distractions were erased from our daily lives, I have no doubt that the ability to spend time doing things we love would boost our happiness. But since most of us don’t have the flexibility to do that, we can find ways to incorporate adventure into our schedules. Go camping for a night, for example. Spend the weekend on a canoe trip. Take a sunset hike. And when we have more time off, we can undertake more ambitious adventures, like a week-long backpacking trip or a winter week at an out-of-the-way cabin. These types of experiences give us a break from the tedium of monotonous tasks and improve our mental—and physical—health, which is why we need to work harder to make adventurous lifestyles a reality.

Photo by Hazel Wagner
When I tell people of my plans to thru-hike Pacific Crest Trail, the most common response I get is that I’m so young. “Are you going with someone else?” “What do your parents think?” “Are you scared?” No, I’m going solo. My parents are 100% supportive. Yes, I’m scared, but fear is normal for anyone beginning a big adventure.

I only got five days on the Pacific Crest Trail this spring before the PCT Association asked all thru-hikers to leave the trail due to COVID-19. I did wind up completing the Colorado Trail, though, finishing the 500-mile trek in August. At 17 years old, my hiking partner and I were the youngest people on trail. We met one other 18 years old; besides that, everyone was over 20. Other than not being able to rent a hotel room, I felt as capable as anyone else out there. I could cover 20+ miles a day, cook enough food to satisfy hiker hunger, judge situations responsibly, and keep myself safe. If I couldn’t, you wouldn’t be reading this.

I want to change the reluctance of many adults to let young people navigate the outdoors on their own. I want to normalize 15-, 16-, and 17-year-olds’ strength and independence. And I want teens themselves to recognize how capable they are. Contrary to popular belief, we can do hard things, and we can be safe and responsible. Age shouldn’t be a reason not to go after what we want.

At 14, I got my first job as a lift operator at my local ski area. When I was a sophomore in high school, I studied French and Spanish with seniors. At 16, I was the youngest lifeguard at the beach where I worked. Last year, I took a Wilderness First Responder certification course and was the youngest by three years. My plan is still to hike the Pacific Crest Trail. Bonus: this time, I’ll be able to rent a hotel room when the desert is dumping snow.

As I move closer to adulthood and further away from “But you’re so young for that,” I want to encourage other youth to dream big and do what you’ve been holding back on. Make the outdoors your playground. Conquer your fears. Take the leap. Be brave and show everyone we’re more capable than they think.

And now, I’m off to brainstorm my next adventure.

Will you join me? 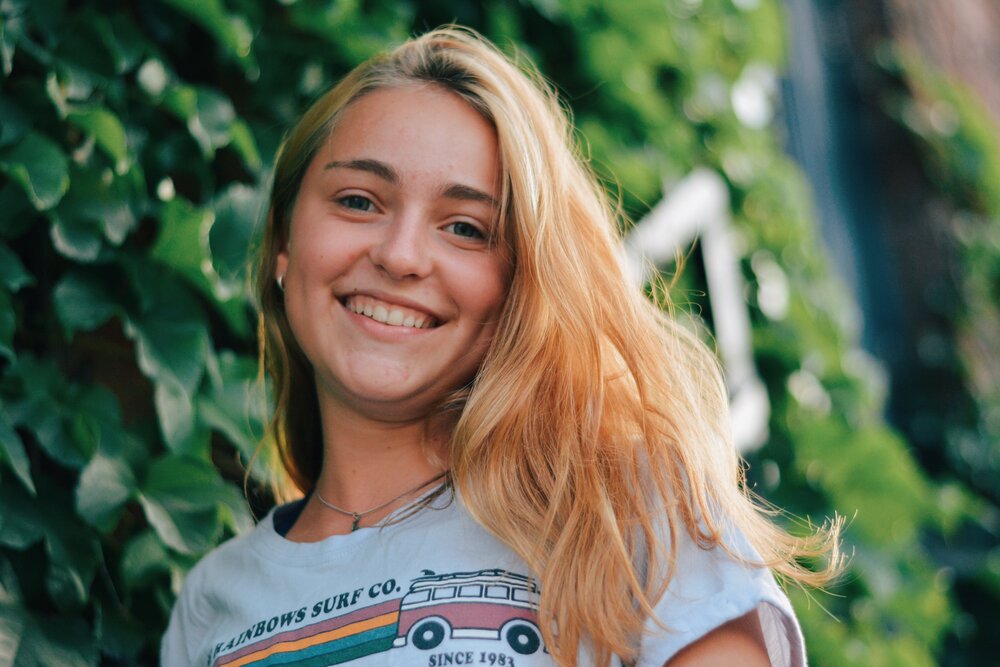 The first time I knew I loved adventure was when I returned from a 200-mile bike trip around Lake Champlain and wanted to do it again. Until then, adventure had always been someone else's passion. Now it was mine. I was homeschooled until I was 11, and I got my education by experiencing other environments and cultures. I swam on my own for the first time in Thailand. I learned to speak Spanish in Guatemala and French in France. My first sailing trip was from Grenada to Saint Martin. My first backpacking trip was in Alaska. I learned about the pyramids by spending time in Egypt. It sounds like that would have made me an explorer from the start, but it made me want stability, four walls and a roof, and a daily routine. Only when I had my fill of that did I decide to put myself out into the unknown. So who am I? I am both shy and bold. I like social media and shopping and hanging out with my friends. I have seen The Fault in our Stars at least 8 times. I love the band Walk Off the Earth. I like the Youtube channel Yes Theory. I enjoy skippering boats and being the only female lift operator at my local ski resort. I don’t like the stress leading up to a running race. I love independence and figuring things out on my own.