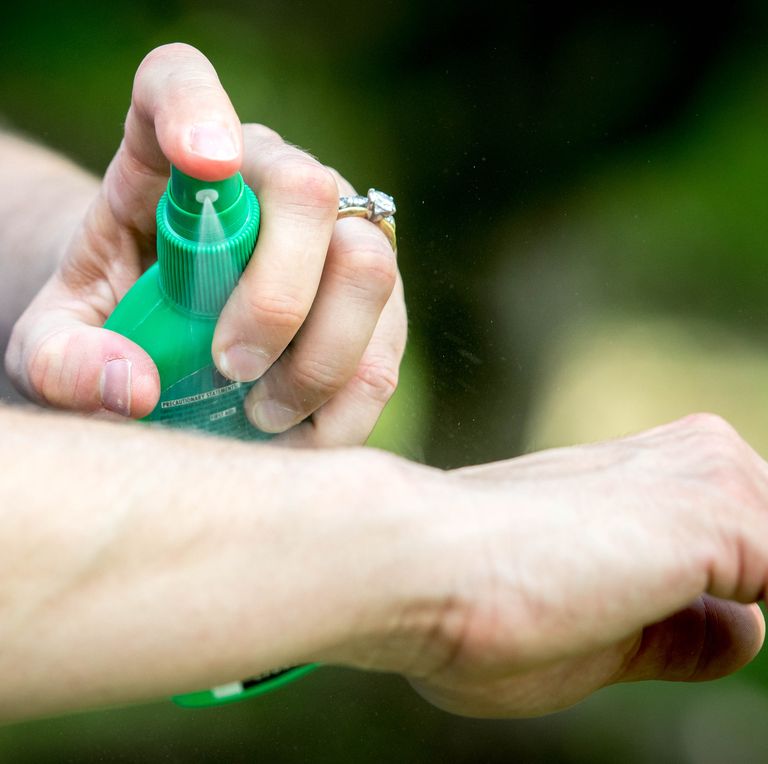 What Is DEET Exactly—And Is It Safe To Use?

The chemical isn't nearly as scary as it sounds.

With the pros of the outdoors—hiking, camping, bonfires, you name it—come the cons: bug bites. And this year, those itchy, blotchy, and uncomfortable bites may be more dangerous than ever. More than triple the amount of people have gotten sick from mosquito, flea, and tick bites from 2004 to 2016, according to a report by the CDC.

They speculate that climate change has something to do with this. Because winters have been shorter, and summers are hotter and longer, the climate is more inviting for these "vectors" (the disease-carrying bugs). Oy.

All of this potential for sickness calls for a heavy-duty bug spray. The pesticide DEET, studies have shown, is an insect-repelling powerhouse. iI’s known to be stronger in repelling and longer-lasting than any other ingredient—but many people have questions and concerns about putting the chemical on their skin.

Here’s what medical and environmental experts have to say about using DEET to ward off the bugs.