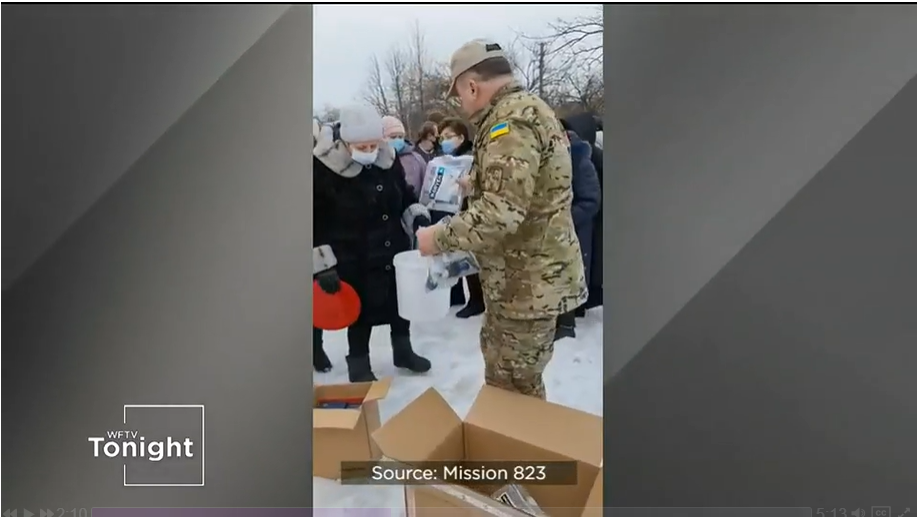 ORLANDO, Fla. — Shawn Sullivan sits at his dining table, flipping through the contents of a hard drive on his computer. His eyes, behind narrow glasses, dart back and forth as he categorizes the events of the last 16 days.

The wiry man’s house doesn’t stand out in his South Clermont neighborhood, but the story inside it does. Sullivan, jetlagged, stepped off a flight from Ukraine less than 24 hours before.

READ: Ukraine-Russia crisis: What to know about the fears of war

Now, a reporter was inside his house, asking about a country on the verge of invasion.

“Bomb shelters are being prepared in downtown Kyiv,” he said. “First time I’ve ever seen in 22 years.”

Technically, Ukraine has been at war since Russia and Russian-backed separatists began invading it in 2014, though the fighting has been contained to the easternmost parts of the nation. The missionary has been flying in and out every few weeks through it all, as he has done for more than 20 years.

Sullivan’s nonprofit, Mission 823, serves many of the people affected by battle. His team runs youth camps for children with PTSD. They hand out water filters to people stuck near the front lines. Two million Ukrainians have been displaced since fighting began, he said, including 700,000 children.

“If you veer off of the road, there are entire fields full of landlines, millions of landlines and their markers, little signs and wooden stakes,” he described. “If you pass those wooden stakes, you will not survive.”

An invasion is projected to kill tens of thousands and displace millions more. Sullivan said his departure was pre-planned. Unlike most Americans, who are leaving after the State Department warned them to get out.

For now, DeLand native Myroslav Boitchouk is staying. In his fifth out of six years of medical school in Ivano-Frankivsk, a city in the western part of the country, he said daily live was moving a little more quickly than usual.

“You’re going to the store, you’re studying, you’re just going for a walk, and all of a sudden that it snaps into your mind again, you know, I need to check the news,” he said.

Continue reading the complete article where you can learn more about what Mission 823 does to support the people of Ukraine here.

WFTV Channel 9 is the Orlando and Central Florida’s most used multimedia resource for breaking news, weather and entertainment.

WFTV is owned and operated by Cox Media Group.