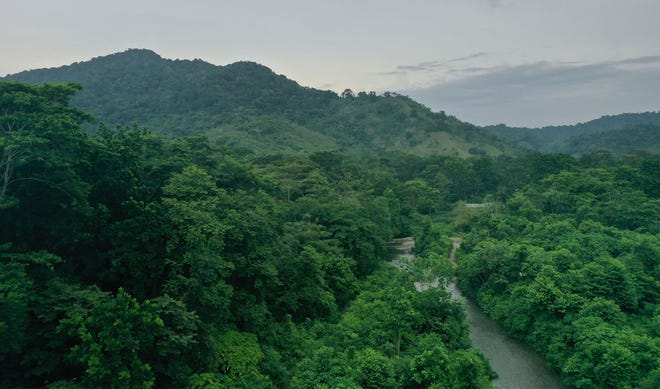 Mark Blazis recounts his adventure in the beautiful, challenging wilderness of the Darién Gap between Panama and Colombia

One of my favorite outdoor destinations is a magical jungle paradise in Panama, largely impenetrable and as wild as the Amazon — the little-known Darién Gap.

Incredibly, desperate immigrants from as far away as Africa and as close as Haiti have recently been crossing through it to get here.

This enormous gap between Panama and Colombia is full of wild beauty — and danger. Nearly 30 years ago, I began leading expeditions there. Its enchanting wildlife — some of which can be seen nowhere else in the world — would lure me back three times.

The Darién’s 66 miles of jungle wetlands and mountains are so impenetrable that they inconceivably have halted the completion of the Pan American Highway, which otherwise would run uninterrupted from Prudhoe Bay, Alaska, to the southern tip of South America in Ushuaia, Argentina.

Some 1,430,000 acres of swamps, marshes and rivers currently make the cost of road and bridge construction financially impossible — thank goodness. Developers did try, first failing in the early 1970s, and again in 1992. The United Nations finally concluded that road development would cause massive environmental damage, catastrophically spread cattle diseases throughout the connected farming regions and threaten native tribal cultures. Earlier road construction and logging on its periphery already had destroyed native mahogany forests and denuded many natural wonders.

When our local team first visited in the early 1990s, natives guided us to the nests of the rarest and most magnificent raptor in the world — the enormous and highly secretive monkey-eating harpy eagle. Back then, the natives were still semi-naked, living and foraging in the wild as they always had. Regrettably, they’ve since been changed.

Worcester County's leader in news and information from telegram.com.