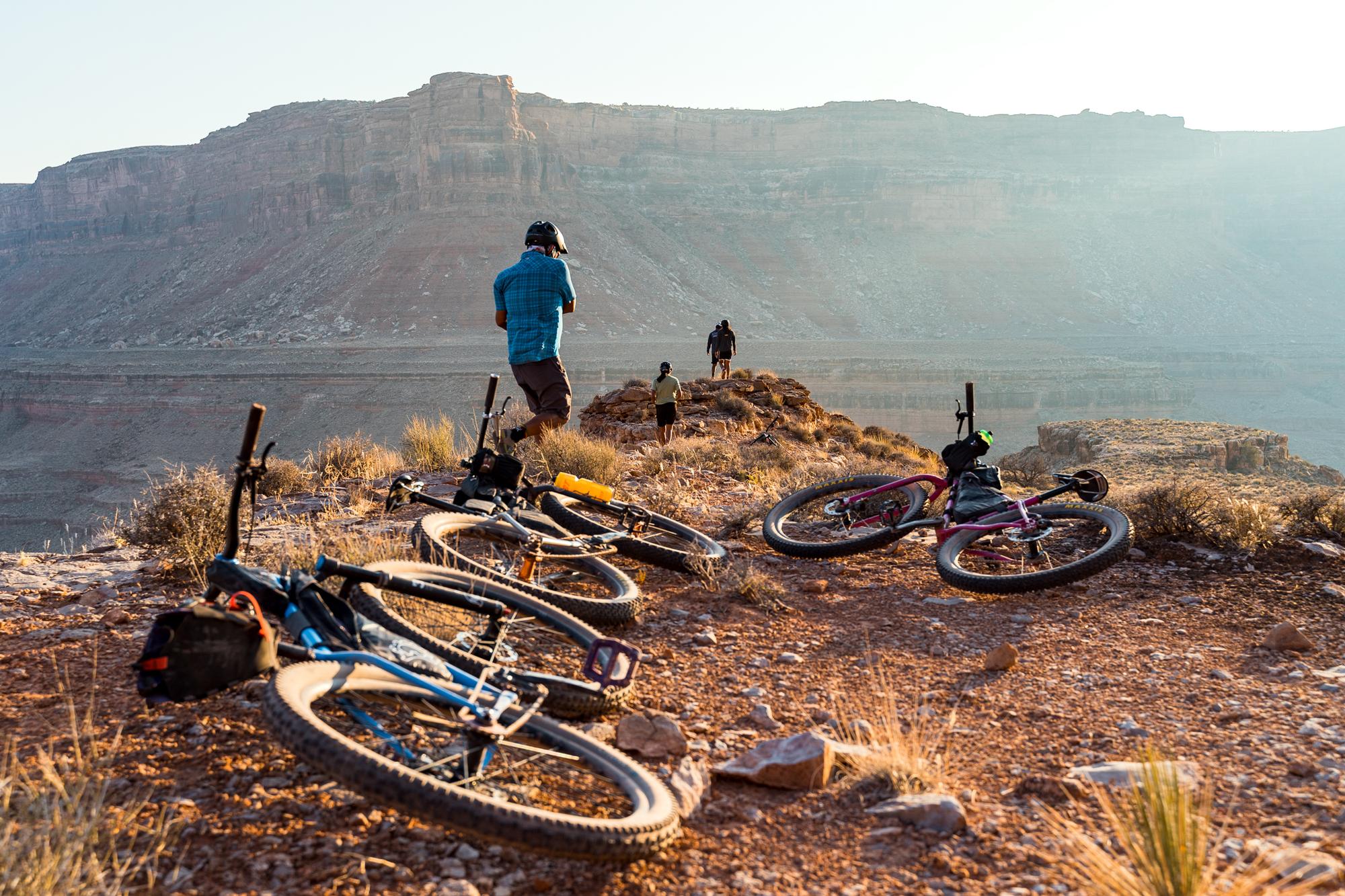 Recently, the Navajo Nation reinstated a 57-hour weekend lockdown due to the spikes in COVID in several communities. This put a hold on our first official Dzil Ta’ah Adventures youth bikepacking series outing in Nazlini, which was originally slated for September 26th. Once the lockdown is lifted, which we hope will be soon, we will proceed as planned with the Dine Composite participants. With the postponement of our first trip, we felt like this was an opportunity to leverage the extra time and continue to shape our mentorship program and build more of my team’s dexterity with an outing in John’s Canyon, Utah, at the southwestern base of Cedar Mesa.

In Dine (Navajo) creation stories, the first leader was known as Changing Woman and was responsible for creating the Dine people. By rubbing her skin in several areas of her body she made four couples who are said to be the ancestors of our people today. Prior to their emergence into the current world, Changing Woman assigned an identity to each group. These became the four original Dine clans. Each clan was also given a precious stone, a protector animal, and traits that would ensure prosperity when all clans prayed collectively. Of those four clans, the Kin yaa’áanii (Towering House People) was given a white shell (which became the sacred white shell medicine bundle), the bear as the protector, and the attributes of respected leaders, guides, and teachers.

As our youth bike pack program begins to evolve and more youth gain interest, we felt it was important to create a mentorship program to support our youth trips and empower a few members of our community interested in taking on more of a leadership role. This mentoring team would assist new participants with bike bags, packing gear, setting up camp, camp cooking and so much more. This leaves the instructors – myself and Nadine – with the bigger picture duties and logistics. This mentorship element to youth trips worked well for Lael Wilcox and the G.R.I.T. program, so Dzil ta’ah thought it would be great to incorporate the same. With this in mind, we recruited three siblings: Jaron, Janessa, and Jodessa to help with running future youth bike and packrafting events, as this fall series is only the beginning of what we hope to run on an annual basis. This seemed fitting as all three are of the Kin yaa’aanii clan. It is in their blood to be leaders, guides, and teachers.

Media Mentions from The Radavist

A group of individuals who share a love of cycling and the outdoors.

The Radavist is a group of individuals who share a love of cycling and the outdoors. We will always stop for a photo, or to hit a jump. We believe the outdoors should be respected. Please, pack it in and pack it out. Leave it better, even. Remember, we’re all ambassadors for cycling, so be polite on the road and the trails and observe the leave no trace principles.