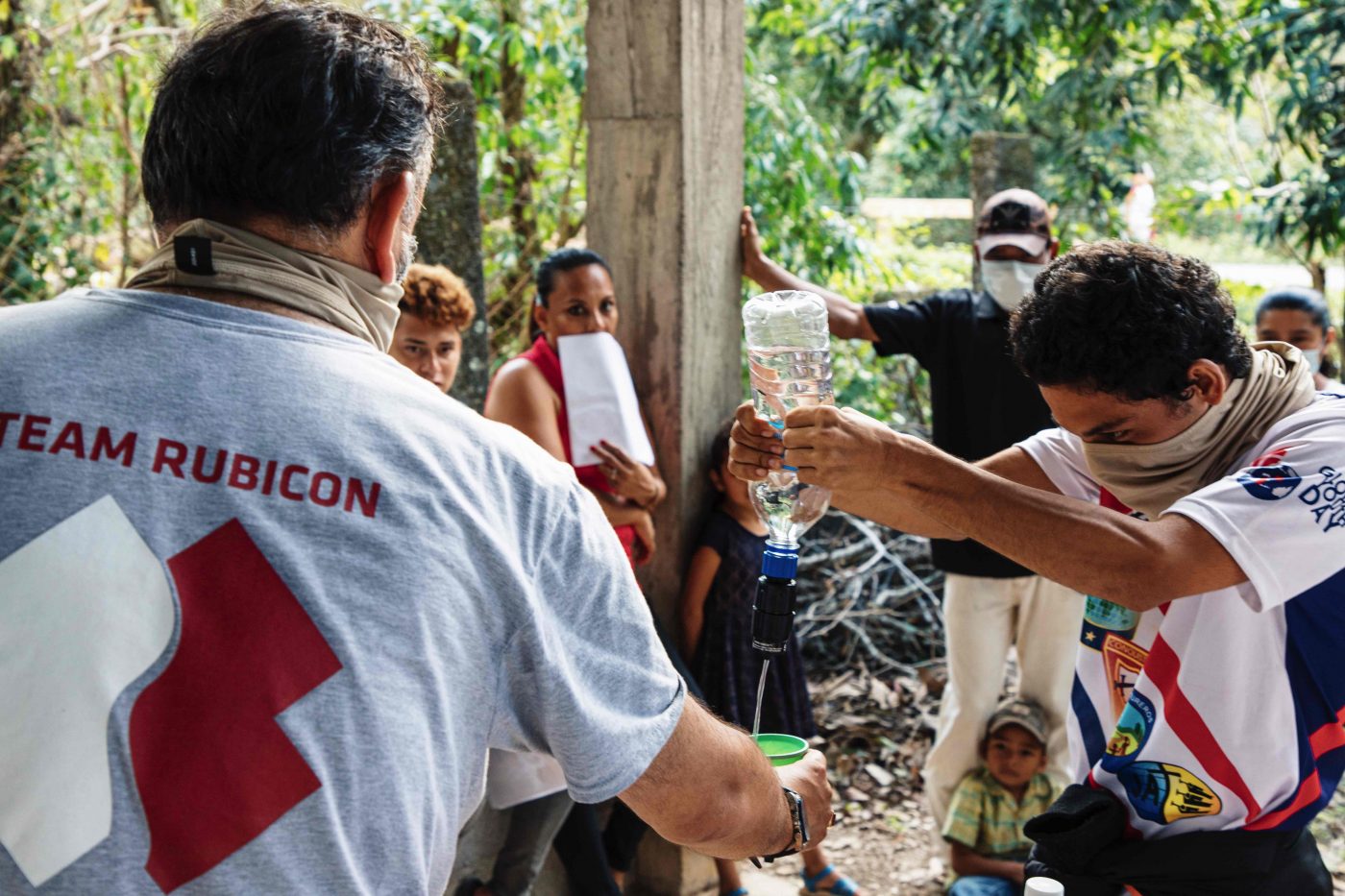 Two Hurricanes, a Clean Water Crisis, and One Can-Do Kid

After Eta and Iota, volunteers deploy to Honduras—and drink from puddles—to get sanitation done.

A horse had just peed in the puddle, but Greyshirt Kimberly Carmody was going to drink out of that puddle anyway.

Standing in the mountains of Honduras in November, Carmody was among nine Team Rubicon volunteers helping distribute Sawyer water filtration systems to a community hit hard by back-to-back hurricanes. Part of that work meant not just delivering the emergency filtration systems, but also educating community members on how to use them. Including, demonstrating their efficacy.

Team Rubicon had touched down in November, shortly after Hurricanes Eta and Iota wrought devastation across the country. First, the volunteers had helped train Adventist Disaster Relief Agency volunteers to use, and train others to use, those Sawyer water filtration systems. Then, ADRA had helped Team Rubicon locate a river valley that crossed a mountain and lead to communities untouched by outside aid. Together, over the course of two weeks, ADRA and Team Rubicon volunteers—known as Greyshirts—had traveled into remote villages that had been affected by one or both hurricanes, and where people had lost access to water, or where what water still flowed had been significantly compromised.

“After a hurricane hits, the big cities and big areas get all the love. So, we were in a small area, a smaller town that wasn’t really getting lots of help,” says Carmody. “They had seen nobody. No one had helped them; no disaster aid had come in; nothing.”

All donations processed through Team Rubicon's Facebook will be unrestricted, unless otherwise requested by the donor.

Disasters are our business. Veterans are our passion.