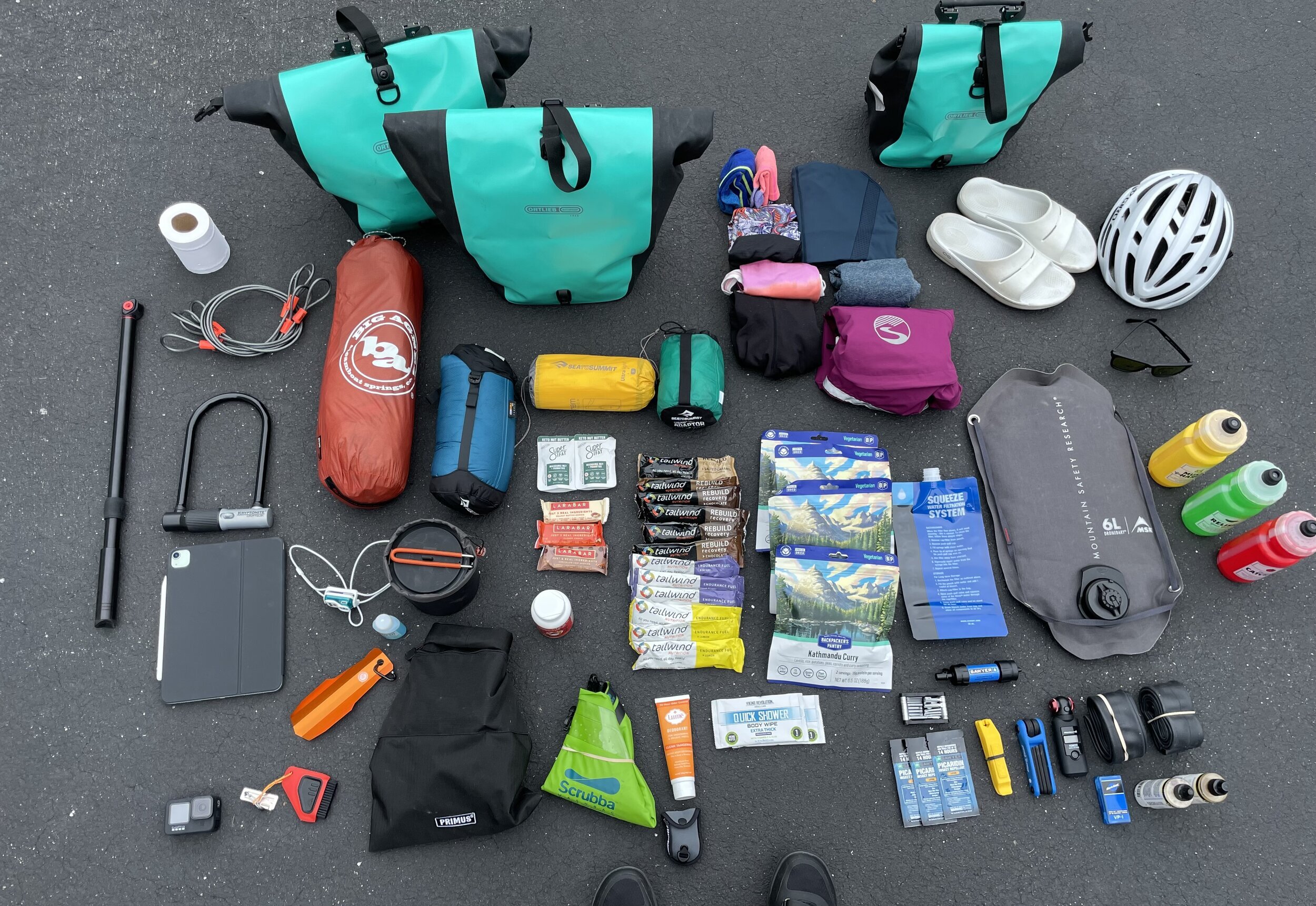 Whoever said that it is “not about the gear” when doing adventures probably had really, really good gear. During my first adventures, I learned firsthand that gear matters after relying on items that were either secondhand or purchased with an on-a-shoestring budget.

Like say, my tent. Usually tents help your ability to get a night of good sleep. But mine? It would constantly collapse on me with every gust of the wind no matter how tightly I hammered those stakes in the ground. I’ve learned what works, mainly, by first learning what does not work.

Ride4Water across Maine was filled with new memories that I am grateful to have shared with you because of social media. Many people who followed along have reached out asking about a full description of most of my kit list for cycle touring. Now that I have had a moment to catch my breath after the Ride4Water journey, I am sharing those details with you in hopes that it helps you on your very own journey!

Meet Katie. She is an endurance athlete, charitable ambassador, author, and world-record holder. The list of accomplishments to her name is long, and includes five Ironman triathlons, cycling across the country, a 325-mile river swim, running 100 miles nonstop in under 20 hours, and a solo row across the Atlantic Ocean.

But this wasn’t just any row; when Katie arrived in Guyana, South America, after 70 days at sea, she set a world record for the youngest ever solo ocean rower and the only American to row solo from Africa to South America.

Katie became the 1st person to run 138-miles nonstop across Maine in 33 hours, raising funds for a clean water project in Tanzania. Most recently, Katie set a new Guinness World Record for the most consecutive days to run an ultramarathon distance in Run4Water. Her 341-mile journey began in Cincinnati and finished in Cleveland, Ohio, after running 11 ultra-marathons for 11 days consecutively to fund 11 water projects in Uganda.