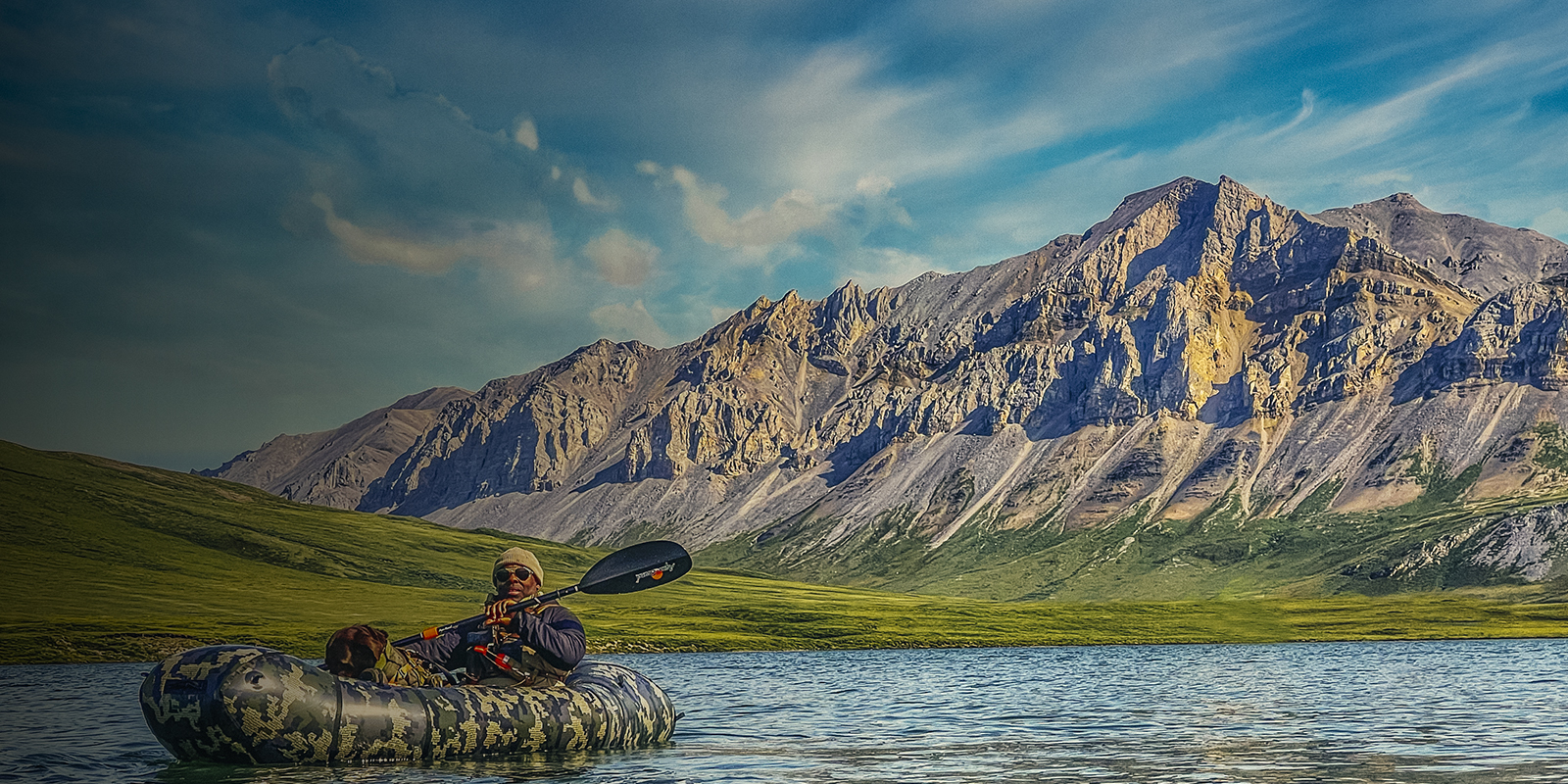 There’s no short way to introduce Chad Brown. He’s one of a kind: U.S. Navy combat veteran, survivalist, fly-fishing guide and outdoor trip leader, he’s also a PTSD survivor and a social justice advocate. He’s the founder of two nonprofits: Love is King, which connects BIPOC and other marginalized communities with conservation nonprofits, and Soul River, Inc., which helps at-risk youth and veterans find healing and purpose in the outdoors. On top of that, he’s a successful filmmaker, photographer, and conservationist.

But no one is born all these things. The path to leadership is often a winding one, and Brown had to overcome a number of hurdles in both his personal and professional life to get to where he is today. Now, he channels the darkness and pain he’s experienced to create a force of healing—for both people and planet. He recently sat down to share his story.

PUBLIC LANDS: Tell us about growing up amid the Texas rodeo scene.

CHAD BROWN: I came from a family of hunters and farmers. My upbringing was pretty rare in a way, being African American and being born in a small town and raised in the country. My grandfather owned 80 to 100 acres of land. My grandparents raised hogs, cattle, and horses, and we went to markets and went to the Black rodeo on Sundays. My grandpa used to compete, and my father wrestled bulls. I didn’t even know there were white rodeos. The Black rodeo was all I knew. It was a community, and it was my life. Even my mother was an archer. She actually put a bow in my hand when I was young. It was a way for me to stay focused and stay out of trouble.

And you had a pet deer as a kid?

One day my father and grandfather were hunting and they came across a deer that was dead, and there was a baby fawn by the deer. My dad picked up the fawn and raised it. That deer was my pet and we were inseparable. I was the only kid in town walking to a grocery store with a deer on a leash. I didn’t know the damage we were doing to the deer, of course—we eventually had to release it when it grew up, and it’s hard to know whether it would have made it—but that was my upbringing. Maybe that was my intro to the conservation space in a way: just my love of the outdoors and love of animals.

What was the transition like from farm life to the Navy and beyond?

As I got older, I went to college and the military. There, some things happened to me and I was challenged mentally. After multiple deployments, I experienced PTSD. When I left the military I came to New York for college. There I was living in New York City, immersed in the design world and in fashion. I was disconnected from the outdoors, but I realized later that I was using that fast-lane lifestyle to cope with my mental challenges—I was so busy that I could only focus on what was in front of me instead of what was in my mind and behind me. It wasn’t until a job opened up in Portland, Oregon, and I moved west to where there’s a slower-paced lifestyle, that my mind was able to slow down enough to relapse. There, in the midst of that darkness, was when fly fishing was introduced to me.

You can continue reading the full article on Chad Brown's background written with Public Lands here.