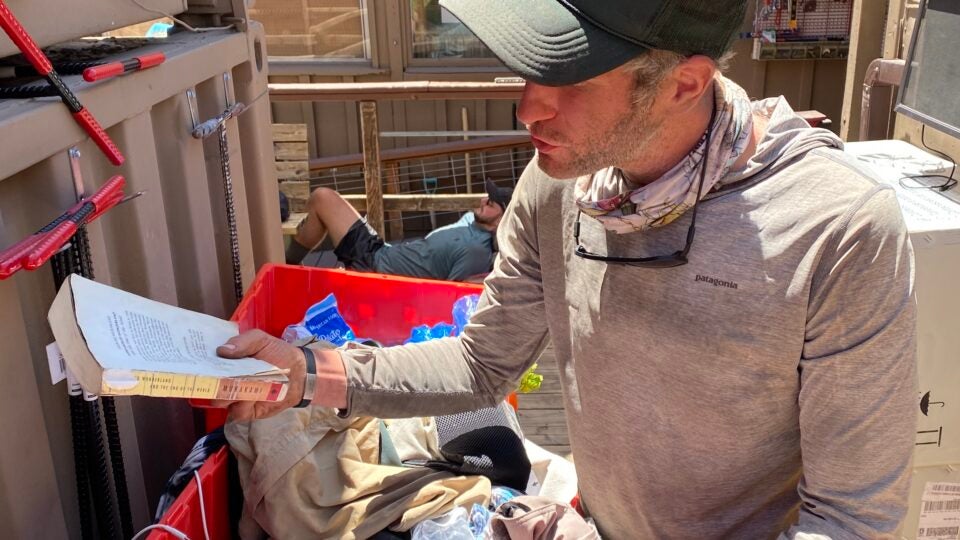 When hikers have leftover food or gear, they don’t trash it. They drop it in a box for the next person who needs it, forming a beautiful network of anonymous interdependence.

Weeks earlier, a company that shall remain unnamed offered up a sample of its flashy new headlamp, a USB-powered beast with an impressive battery life and a few dozen fancy modes ostensibly meant to brighten the night like some laser-light show. But when I plucked the piece from my bag to show it off to my friends at our informal camp a mile north of the trail’s southern terminus, its buttons were stuck, rubber intractably wedged beneath the thin plastic frame. I found my tent that night via cell phone flashlight. I was dejected by the pitch-black portent: How could I make the 2,653-mile journey to Canada if my gear couldn’t even make it to the starting line?

A day and 20 miles later, however, another hiker came to my rescue. Standing beneath a gazebo at Lake Morena County Park, the first campsite for most northbound PCT thru-hikers, I rifled through a cardboard box overflowing with what would have looked like junk to most people—single Duracell batteries, spare Smartwater lids, smashed Pop-Tarts packets. And there, among the detritus, I found it: an ugly orange-and-gray headlamp that looked as if it had survived both Bush administrations to find its way into the PCT’s southernmost “hiker box” and into my waiting backpack. I howled with such delight at the relic that my fellow hikers must have wondered if I was also hiking with some antiquated external-frame Alpenlite pack.

"The idea of giving freely of what you no longer need rather than tossing it—that is, the very essence of a hiker box—circumvents the self-replicating loop of infinite consumption and waste."

Media Mentions from Outside Online

Outside covers travel, sports, gear, and fitness, as well as the personalities, the environment, and the style and culture of the outdoors.