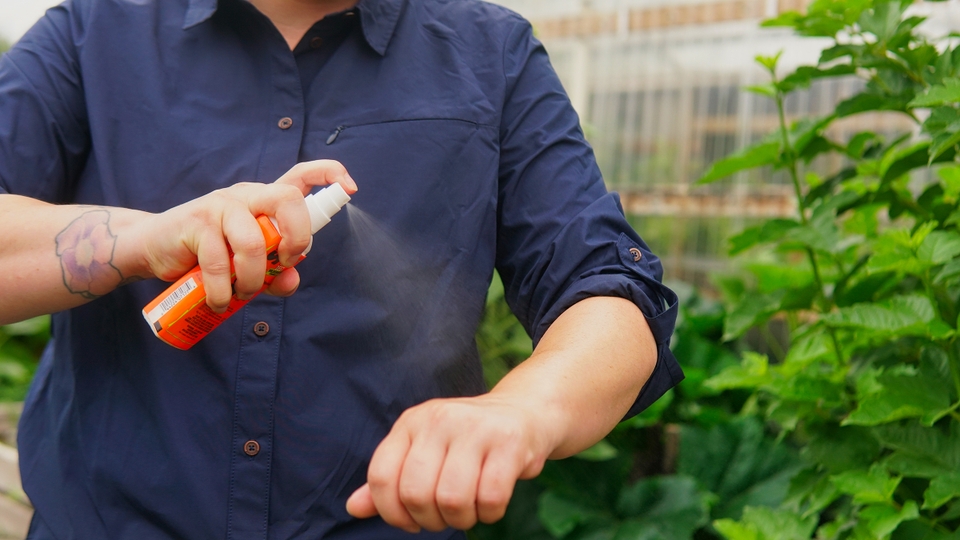 The world’s deadliest animal isn’t a shark, venomous snake, or human (although we rank a close second)—it’s the mosquito. As a carrier for viral diseases like Zika, dengue, West Nile, and more, mosquitoes are responsible for upward of one million deaths a year, reigning as humankind’s worst natural enemy. So it’s not just an itchy bite you’re looking to avoid; it can literally be a matter of life and death. On top of that, some ticks carry Lyme disease, and there are other annoying-to-deal-with bugs that bite. But what products offer reliable protection to ward off hungry insects?

To get the lowdown on which products to trust and how to safely and effectively use them, I spoke with David Brown, an expert with over 30 years in the mosquito-control field and now technical adviser for the American Mosquito Control Agency.“Mosquitos are nothing to trifle with,” Brown told me, which is why he recommends Environmental Protection Agency–registered repellents and discourages the use of what he calls “home brews” for use against mosquitos and ticks for several reasons. EPA-registered repellents are tested for both safety and efficacy, something homemade repellents lack. Unregistered products can also offer a false sense of security. And although “the science is still kind of out” on the specifics of how repellents work best, he said, “what they seem to do is confuse the female mosquito as she’s trying to find you. So it won’t land, and it won’t seek a blood meal.”

Outside contributor Wes Siler says there are only four proven repellents that you can trust: deet, picaridin, permethrin, and allethrin. Because deet has been around for decades and has an incredibly high safety profile, it remains the gold standard for repelling mosquitoes and ticks (as well as black flies, stable flies, chiggers, biting midges, and deer flies). Deet is also effective, provided you properly follow the directions on the label. Picaridin, a synthetic chemical derived from the natural compound found in black pepper, has been around since the mid-2000s and is another safe and effective option. It’s also notable as kinder to gear, because it won’t damage waterproof membranes in your technical shells the way deet can. On the other hand, permethrin is an insecticide, so it can kill any ticks, mosquitos, chiggers, flies, midges, and ants that come into contact with it.

If you are interested in learning more, read the complete article written by Ebony Roberts here.

Media Mentions from Outside Online

Outside covers travel, sports, gear, and fitness, as well as the personalities, the environment, and the style and culture of the outdoors.