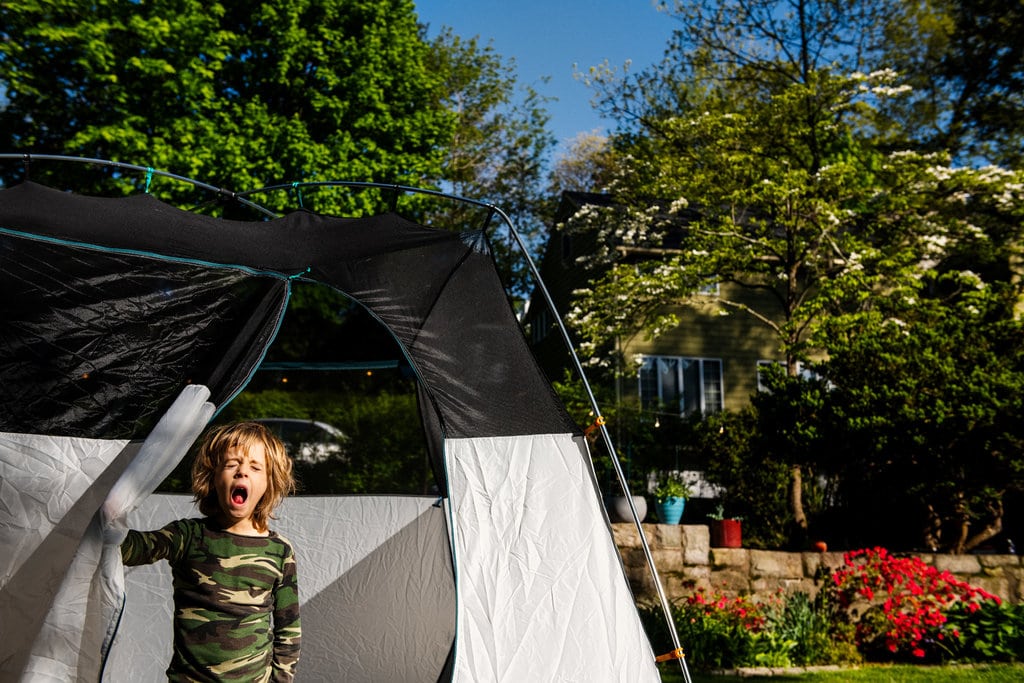 New York Times: What to Buy to Create Your Own Backyard Campground

A trip to Yellowstone or Yosemite may not be the cards yet, but we’ve come up with the gear you need to make camping out in the backyard fun too.

Being stuck at home doesn’t mean you can’t have an adventure, especially if you’re fortunate enough to have some outdoor space. Unlike the appeal of a long-distance hiking trip — which relies, of course, on seeing new landscapes — the magic of backyard camping, especially with children, is creating a fantasy in an otherwise familiar environment. It is a theater that we invent for ourselves. And like all good theater, no matter how minimal, the illusion is sustained in the details.

For this illusion to be all the more fun, the details are gear that will be functional, but won’t strain your wallet. Here is a list compiled from Wirecutter’s recommendations for camping gear that is great for the backyard, but also versatile enough that you can one day use it on family camping trips in the wider outdoors.

While many of the items below can improve a backyard camping experience, it’s important to remember that the outdoors — for the most part — remains free. To spend the night outside — even if it’s within spitting distance of your bed — what you need most of all is the willingness to indulge in the simple pleasure of it all. It costs almost nothing to throw a sheet over a stick and bundle yourself and your kids in an old wool blanket as the sun sets. And the memories you make will be just as sweet.