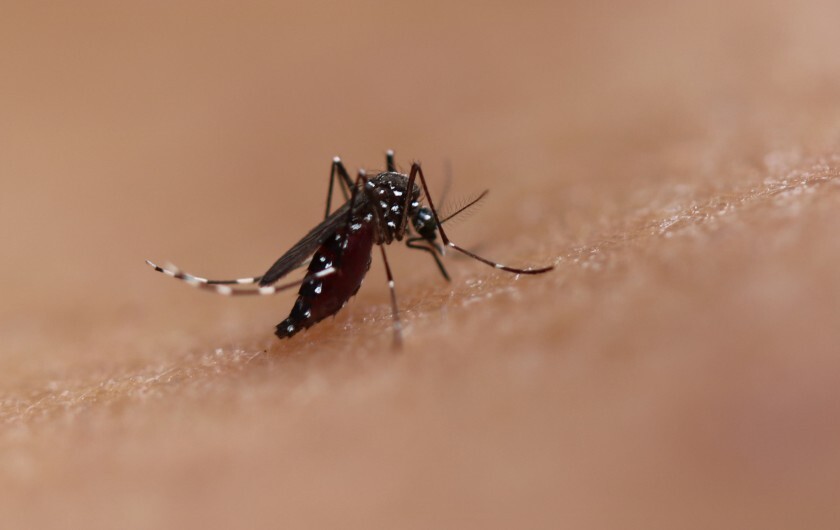 County vector control personnel informed Graham Jenkins and his wife late last month that the itchy bites on their ankles were the work of an insidious mosquito that had invaded their Gardena home — and that there was nothing they could do.

“These little buggers are living with us forever now,” Jenkins said.

A pair of bites on the 34-year-old’s wrist recently got infected and sent him to the emergency room. After a week of antibiotics, he said he was “almost back to normal,” but still wearing his watch on the other wrist.

The invasive Aedes mosquito is an aggressive biter with the ability to pierce clothing and reproduce in water sources as small as a bottle cap. Flying low to the ground, they strike during the daytime, preferring human blood to that of birds or other animals. They often strike multiple times in rapid succession.

Southern California pest experts say the mosquito is not only here to stay, but its reach — and season — are expanding.

It’s believed that Aedes mosquitoes — which encompass three different species — first hitched a ride to Los Angeles County on shipments of lucky bamboo from China in 2001. But it wasn’t until 2011, when complaints arose in El Monte, that the tenacious insects started to put down noticeable roots.

Since then, the flying bloodsuckers have expanded significantly throughout the county and beyond, and they’re still turning up in new neighborhoods. And when they do, calls from confused — and itchy — residents begin spiking, according to vector control officials.

The mosquitoes this year began showing up in Sunland and Sun Valley, and even as far north as Santa Clarita and Castaic, and residents have been vocal about their plight, said Mary-Joy Coburn, director of communications for the Greater L.A. County Vector Control District.

Continue reading the full article written by, by Lila Seidman.