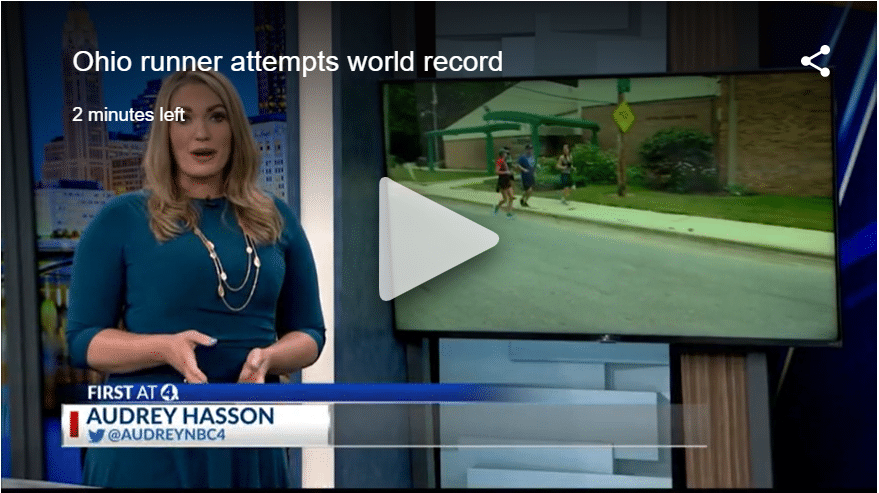 COLUMBUS, Ohio (WCMH) – An Ohio native is running across the state on a quest for a world record and access to clean water.

Friday, Katie Spotz took off from a west side Columbus park on day 5 of 11 consecutive days of ultramarathons. The previous world record for a female athlete was 10 ultramarathons in 10 days. By the end of her journey, Spotz will have run 341 miles from Cincinnati to Cleveland along Ohio to Erie Trail.

“It’s really been a gradual journey of adding a little bit more, but starting from the place of thinking one mile wasn’t possible,” she said.

The endurance athlete said a physical education class inspired her to begin running. Once she started, she was hooked. In addition to running, Spotz is also an avid bicycle rider and rower. In 2010, she broke her first world record as the youngest person to row solo across the Atlantic Ocean.

“I’m definitely curious to see what our limits are and to test those limits,” she said.

Each endurance challenge has also been a fundraiser for H2O for Life, a non-profit educating U.S. and Canadian school children about the lack of access to clean water in the developing world. It partners with NGOs to raise money and give villages the resources to build wells in their communities.