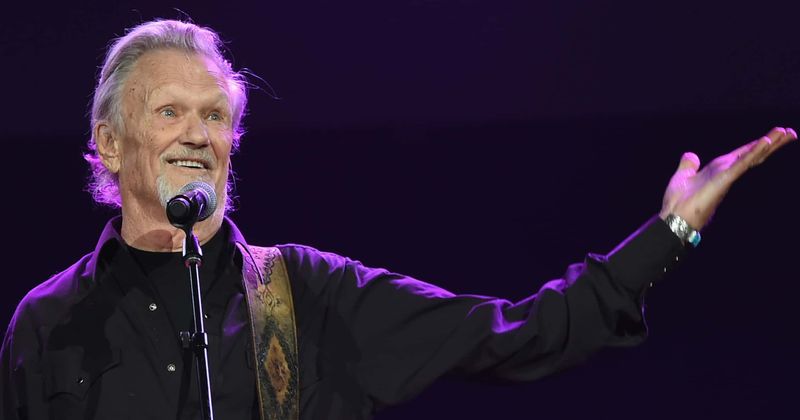 Lyme Disease Awareness Month: Kris Kristofferson was misdiagnosed with Alzheimer's, memory loss was due to ticks

Kris had been complaining to doctors about memory loss said his wife Lisa Meyers in 2016, 'That was a big clue to me that maybe it was not really Alzheimer’s'

The tick-borne illness affects many people but isn't easily or efficiently diagnosed, with its array of symptoms, it can also be misdiagnosed.

Renowned songwriter and actor and country legend Kris Kristofferson contracted the disease and it went undiagnosed for years. Kristofferson is known for his roles as Rudy Martin in 'Fast Food Nation' and songs like 'Me and Bobby McGee,' and his suffering shocked many people.

In a 2016 HuffPost article, his wife Lisa Meyers talks about his diagnosis revealing that her husband was diagnosed with Fibromyalgia 12 years prior, " which looking back, should have been the first indication that a test for Lyme was warranted. But we suspect he’s been infected with Lyme anywhere from 14 to 30 years because he used to have these chronic muscle spasms, which is a common symptom. We were in LA at the time, in Malibu, and I just don’t think doctors were looking for it or aware of it there then. But now we know it’s everywhere. There are signs on my local playground that say beware of ticks."

Kristofferson's wife described her husband's fibromyalgia as "massive, painful spasms all over his back and legs" and that he was suffering from it for eight months. "Two years earlier he had spent six weeks in the woods in rural, remote Vermont making a film called Disappearances. He was on the forest floor for much of the shoot, being dragged in a makeshift sling and carried by his son in the film, because he had been “shot” in the leg," said Meyers recalling as to where he may have gotten bit.

Stay informed with all the latest breaking news and insightful analysis from the world of politics, crime, entertainment and global events.