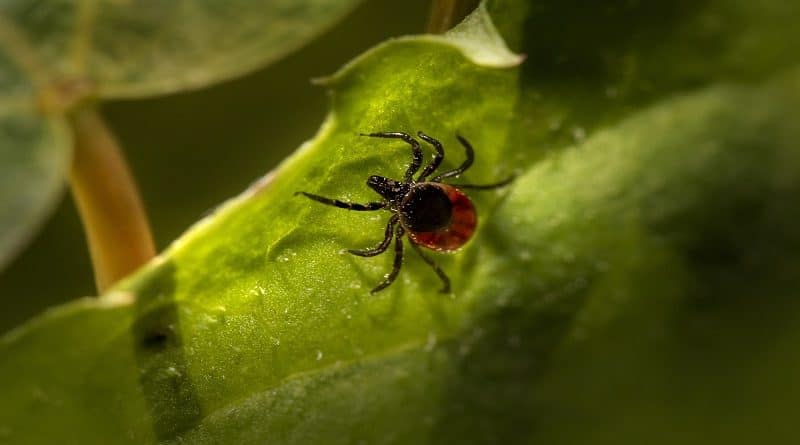 Need to Know: Where Do Ticks Go in the Winter?

After finding a tick firmly affixed to my knee after a hike in October (I was wearing pants), I can’t say I’m desperate to know where ticks go in the winter.

In Virginia, there are four ticks that we are most likely to encounter. These include: the lone star tick, American dog tick, deer tick and brown tick.

Of the four, only the brown tick is not known to carry disease. The American dog tick and brown tick may carry Rocky Mountain Spotted Fever.

The deer tick (also known as a blacklegged tick) is the one we are most wary of as it has been known to transmit Lyme disease.

Do Ticks Die in the Winter?

Ticks do not die in winter, at least not in Virginia where the average winter lows are only in the mid-20s. Instead, they go dormant or inactive.

Typically, ticks go into dormancy at temperatures below 35 degrees. Ticks can die in winter, but only when it gets very cold, like below 14 degrees.

It’s rare for it to get this cold in Virginia. So, ticks never truly go away. Instead, they shelter in dead leaves, rotting wood and decomposing vegetation.

Winter ticks may ride out the cold weather months by latching onto a host, like a deer, cow, elk or horse. These ticks do not typically latch onto humans.

When Do Ticks Come Out in Spring?

Once the there is a spell of two or three days in which temperatures are 45 degrees and higher, ticks will resume activity and search for a host.

In Virginia, this means that ticks generally return to the woods and hiking trails by early-April. In this month, average highs reach the low-50s.

Ticks may return a bit sooner than mosquitos, which prefer days that are 50 degrees and higher before coming back for the season.

Like mosquitos, ticks also thrive in moist, humid environments, peaking in numbers and activity levels in the warm summer months.

If you are interested in learning more about Ticks and when to be most cautious, finish reading the complete article written by Erin Gifford here.