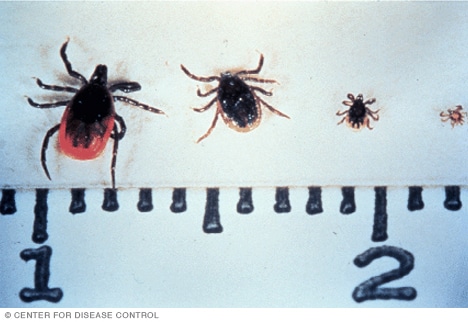 Insect Repellents: Safe and Effective Use

Mosquito bites can lead to:

The U.S. Centers for Disease Control and Prevention (CDC) recommend the use of insect repellents to prevent mosquito-borne diseases. Insect repellents are also useful to prevent bites, skin eruptions and rashes that may be caused by an insect's bite. Mosquito bites can cause severe skin irritation through an allergic reaction to the mosquito's saliva.

The application of repellents to fight off mosquitos is one of their most common uses. In the 20th century, malaria was eliminated in the temperate area of the world with the use of DDT and other organophosphate insecticides.

However, still today, roughly half of the world's population in tropical or subtropical regions may be exposed to malaria through mosquito bites. Over 229 million cases of malaria occurred in 2019, with most of them in Africa. Over 400,00 deaths were estimated annually. Deaths due to malaria occur mostly in children under 5 years of age in Sub-Saharan Africa.

Insects and arachnids that bite in self-defense instead of to feed -- such as yellow jackets, bees, wasps, hornets, certain ants or spiders -- cannot be repelled with insect repellents.

Drugs.com is the largest, most widely visited, independent medicine information website available on the Internet. Our aim is to be the Internet’s most trusted resource for drug and related health information. We will achieve this aim by presenting independent, objective, comprehensive and up-to-date information in a clear and concise format for both consumers and healthcare professionals.