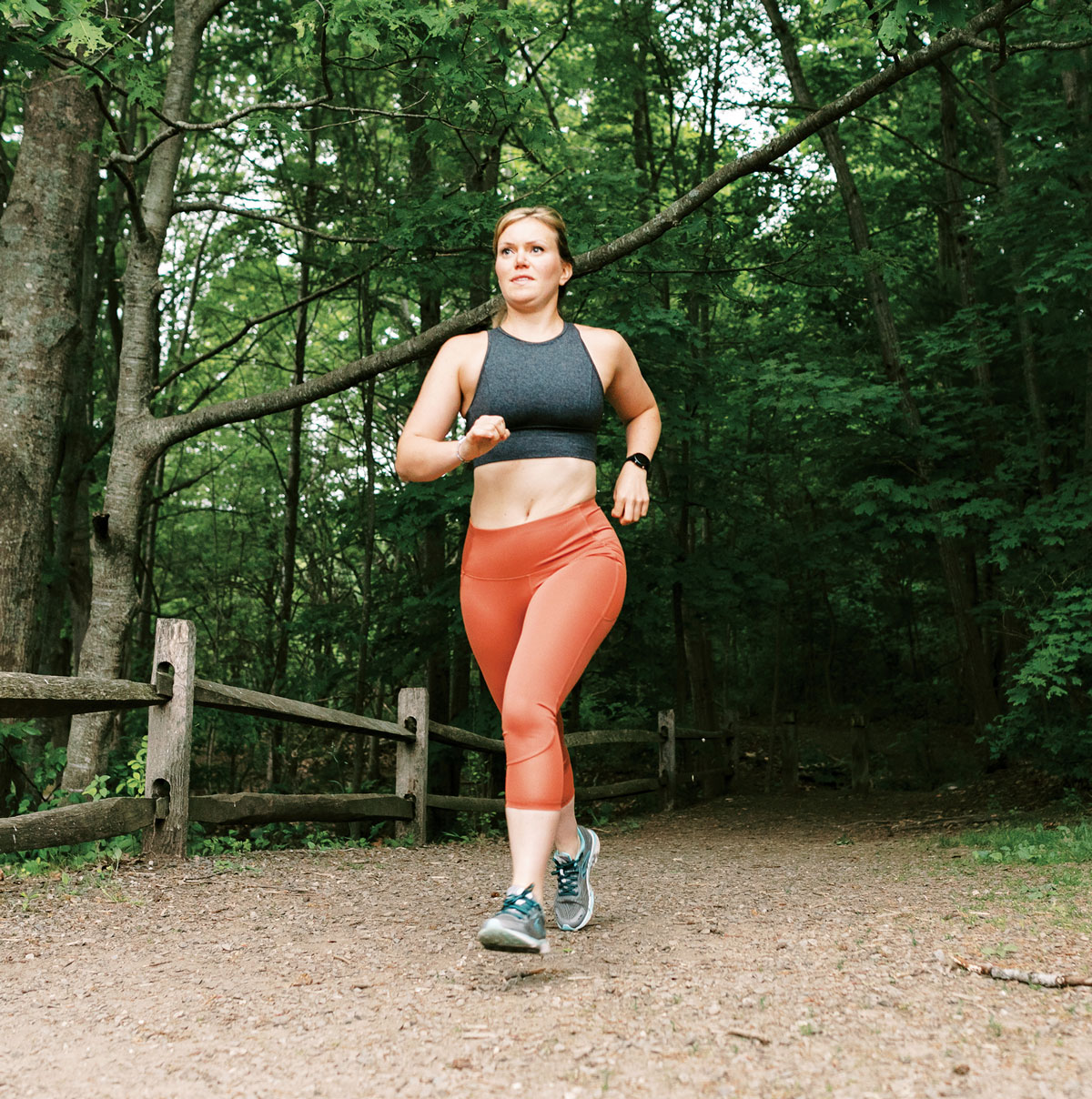 The Coast Guard officer hasn’t taken any shortcuts on her fundraising treks around Maine (and the rest of the world).

Last summer, Katie Spotz reached a point that runners know well: the point at which she couldn’t possibly take another stride. But unlike most others who’ve experienced the feeling, she was 132 miles into her run — that’s five marathons’ worth of miles. Her ankles had swollen, and she felt like she was running with her arms rather than her legs. Exhausted, she crumpled on the side of the road, crying and tearing up fistfuls of grass. A member of her support crew offered to run with her the rest of the way, and that got Spotz back on her feet. “It just shocked me out of my little temper tantrum,” she recalls.

For the last few miles, friends jogged alongside and cheered from the curb, and about an hour after almost giving up, she reached the finish, in Freeport. She was the first person to run 137 miles across Maine, from the U.S.–Canada border crossing at Coburn Gore to the coast. It took 33 hours. “We all need people in those moments,” says Spotz, who moved to South Portland two years ago for a posting with the Coast Guard. “I think what’s great about what I experienced at mile 132 is that you’re allowed to feel the weight of the challenge and yet you can still keep going.”

Spotz is no stranger to ultra-athletic challenges. After graduating from college, in 2008, she swam the entire 325-mile length of the Allegheny River, from central Pennsylvania to Pittsburgh. In 2010, she became the youngest person to row across the Atlantic Ocean, from West Africa to South America, which landed her a book deal and international speaking engagements. The following year, while training for the 3,000-mile Bike Across America relay, she broke her pelvis a week before the race, then completed her segment using a handcycle.

Media Mentions from Down East