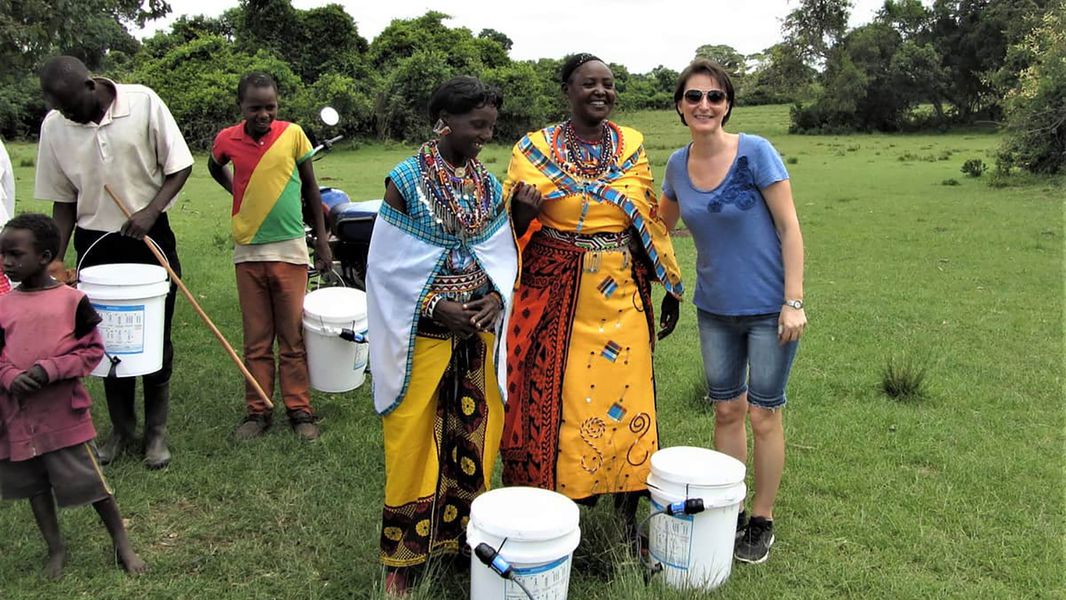 Living in a nation of plenty, it’s difficult for most Americans to comprehend living in a country where the most basic of needs, like access to clean drinking water, are rarely met.

Born in Croatia, Narcisa Mikov of Miamisburg, decided she needed to do something to give back after she was cured of stage 3 lymphoma in 2005.

“I had a huge mass in my chest, and it was literally choking me,” Mikov said. “We decided to ask all of our family and friends and church members to pray for me.”

The effect of this request was miraculous as it started moving across the globe. By the time Mikov had her first chemotherapy treatment, the tumor had already shrunk significantly, and her surgeon said, “Someone must be praying hard for you.”

A piano teacher at Miami Valley School, a property manager and a mother, Mikov went on with her busy life. But she had been left forever changed by the cancer diagnosis.

“Because my husband worked for World Vision International, I knew there were many children around the world in need of basic food, medicine and even water,” Mikov said. “I had to find a way to help.”

‍Mikov knew the statistics; about every six seconds, a child under the age of 5 dies because of a lack of access to clean drinking water.

“Here we were living in Dayton and we had so much,” Mikov said. “I was very disturbed that so many others didn’t even have clean water to drink.”

Continuing reading about Mikov and how she initiated her first water project which led to the growth of RippleAffect here.

Dayton.com: what to do, what to know, and what to love about Dayton.