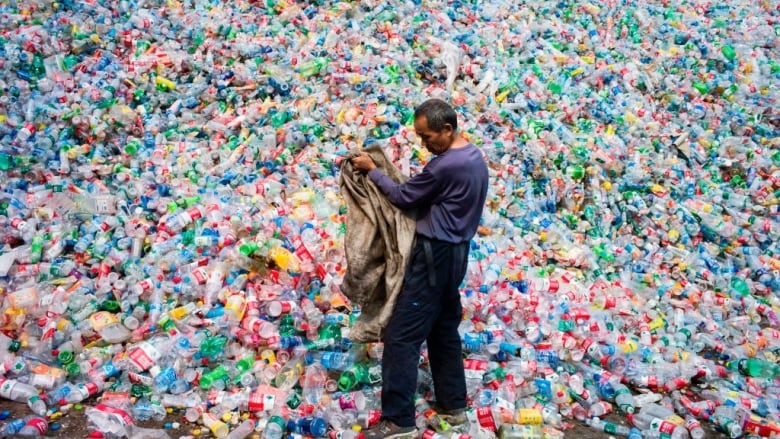 Microplastics found in 93% of bottled water tested in global study

The bottled water industry is estimated to be worth nearly $200 billion a year, surpassing sugary sodas as the most popular beverage in many countries. But its perceived image of cleanliness and purity is being challenged by a global investigation that found the water tested is often contaminated with tiny particles of plastic.

"Our love affair with making single-use disposable plastics out of a material that lasts for literally centuries — that's a disconnect, and I think we need to rethink our relationship with that," says Prof. Sherri Mason, a microplastics researcher who carried out the laboratory work at the State University of New York (SUNY).

The research was conducted on behalf of Orb Media, a U.S-based non-profit journalism organization with which CBC News has partnered.

Mason's team tested 259 bottles of water purchased in nine countries (none were bought in Canada). Though many brands are sold internationally, the water source, manufacturing and bottling process for the same brand can differ by country.

Canadian Broadcasting Corporation. Bringing you the best of Canada.