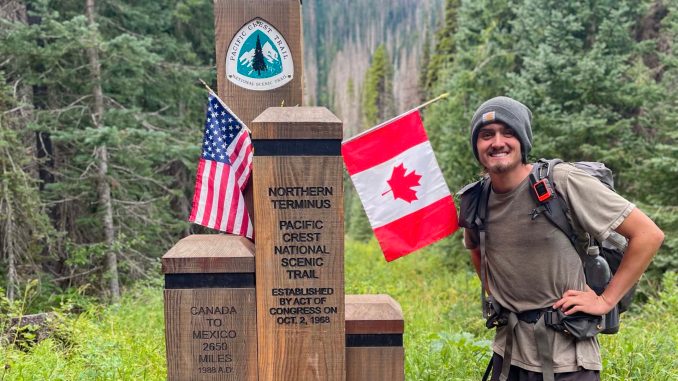 It would be like earning the BSA’s 50-Miler Award 53 times — in just four and a half months.

In August, Nolan Ridgeway, an Eagle Scout from the Long Beach Area Council, completed a thru-hike of the Pacific Crest Trail. Over the course of 138 days, from April 11 to Aug. 26, Ridgeway hiked the entire 2,653-mile route.

Along the way, he dealt with a broken backpack that prompted an emergency trip to REI, a wildfire near the trail and 48 straight hours of heavy rain. He walked an average of 19 miles a day on an itinerary that including several “zeros,” or rest days, and one grueling day where he hiked 49 miles in 17 hours.

Reflecting on the accomplishment — and becoming one of fewer than 8,000 people who have hiked the Pacific Crest Trail’s entire distance — the 23-year-old sees how Scouting prepared him for this journey.

“This adventure has given me lots of time to reflect back on a lot of fond memories of my Scouting adventures,” he says. “Being an Eagle Scout has given me the confidence to push on, believe in myself, meet other hikers and have fun.”

Bryan on Scouting chatted with Ridgeway to learn more about his epic adventure.

Media Mentions from Bryan on Scouting