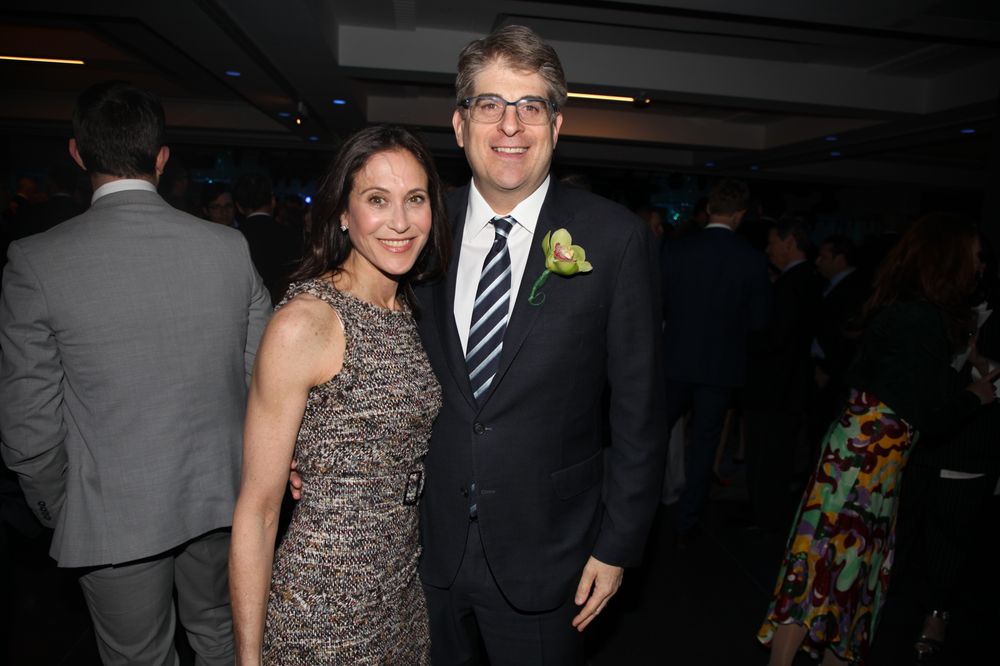 The honoree on stage at the Ziegfeld Ballroom Thursday night acknowledged the delicate timing of the gala.

“Another week of coronavirus, and we’d be doing this by Skype,” said David Roth, head of U.S. real estate private equity at Ares Management.

Roth’s mission was not just comic relief, but an attempt to get the room packed with Wall Street types (Jacques Brand of PJT Partners, John Eydenberg of Citigroup, Tricia Hazelwood of MUFG) to focus on another infectious disease -- one caused by a bite from a tick infected with the bacterium Borrelia burgdorferi.

Max Major, a mentalist, and Richard Horowitz, a doctor who’s treated thousands of patients with Lyme, also helped focus the crowd on the cause. The event raised $1.8 million for Project Lyme, with musical performances and a dinner of branzino and roasted beets.

Roth was diagnosed with Lyme about 10 years ago, when he was at Blackstone Group, and worked through his illness as he struggled to find effective treatments. It took him a couple of years to get better, but before he reached that point he’d already started pushing for better diagnostics, increased awareness and more funding for research.

Symptoms can include fever, headache, fatigue and a tell-tale bullseye skin rash. If left untreated, it can spread to the joints, heart and nervous system.

Roth helped get a bill passed that created the Tick-Borne Disease Working Group at the U.S. Department of Health & Human Services and is co-chair of its testing and diagnostics subcommittee. He’s studying for a master’s in public health at Columbia University and every week speaks with people seeking advice on how to deal with the disease.

One of them was Brooke Stoddard, director of sales at Grayscale Investments. He was was bitten by a tick in 2009, when he was an employee at Goldman Sachs, and dealt with constant symptoms for four years before a Lyme diagnosis.

The first word in business news.