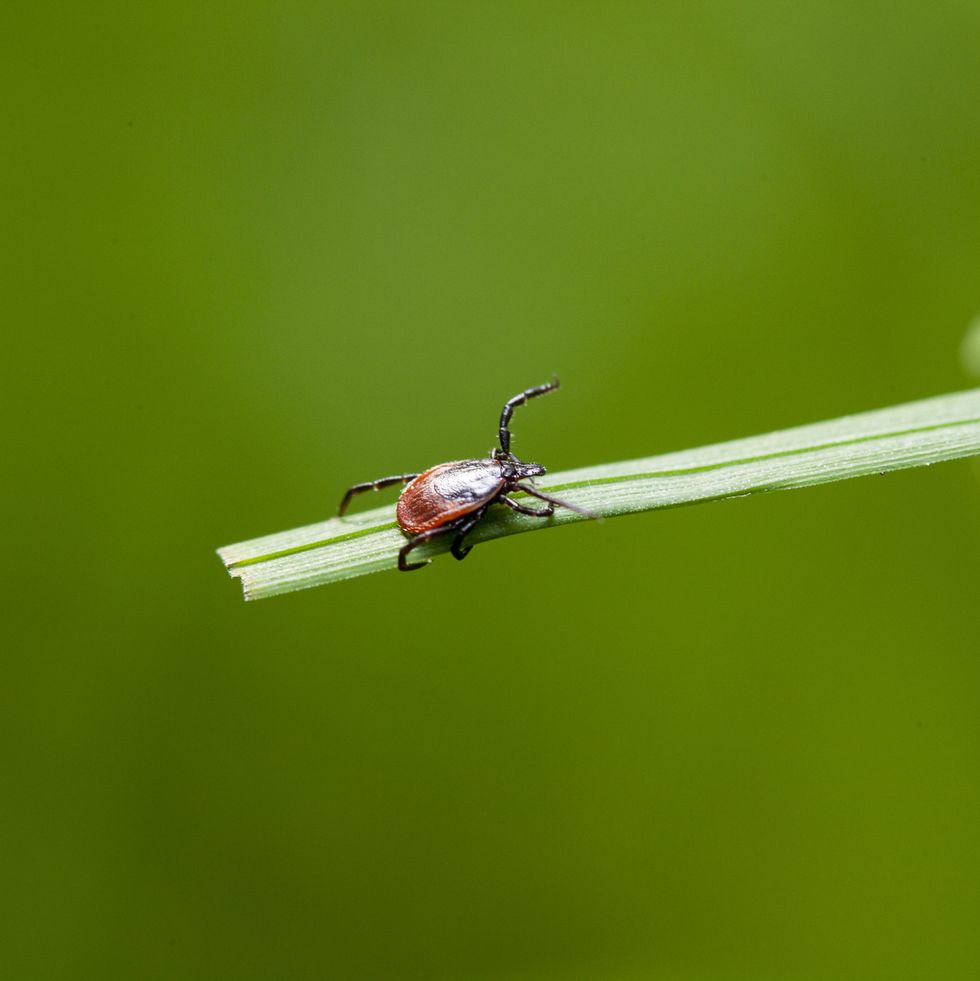 A Cyclist’s Guide to Tick Prevention and Tick Removal

USE THIS CHECKLIST OF EXPERT ADVICE TO LIMIT YOUR EXPOSURE TO LYME, A. CAPRA, AND OTHER TICK-BORNE DISEASES.

While ticks are commonly thought of as something to be worried about in the warmer months—think: spring and summer—tick season is expanding into the autumn months as well. So, as we continue to ride outside, keep in mind that venturing into woods, parks, and trails means more exposure to ticks in most parts of the country—and ticks can create big health problems for nature lovers. It’s good to know about proper tick removal, but the best way to prevent tick-borne diseases? Keep the bloodsuckers from sinking their insect fangs into your vulnerable flesh in the first place.

Tick-related illnesses, which include Lyme disease, Rocky Mountain spotted fever, and Anaplasmosis, can present with symptoms including fever, headache, fatigue, and joint and muscle aches and can be serious, lasting, and even deadly. Researchers in China and the University of Maryland School of Medicine have also identified a relatively new tick-borne disease they’ve named Anaplasma capra or A. capra, which is Latin for goat, the animal most commonly infected in China. When researchers there tested 477 people who’d been bitten by a tick over a four-week period in spring of 2014, 6 percent of them were infected by this newly-discovered bacteria.

Currently, that particular disease appears to only be present across the pond, specifically in Eastern Europe and Asia where the taiga tick—a relative to the deer tick, which is common in the U.S.—is prevalent. But the finding has drawn attention to the fact that we’re still discovering diseases these vectors can transmit, and we should guard ourselves against the growing risks.

“Lyme disease is increasing in numbers and where it’s found geographically because of milder winters in certain locations and an expanding deer population,” says Alan G. Barbour, M.D., a co-discoverer of the cause of Lyme disease and author of Lyme Disease: Why It’s Spreading, How It Makes You Sick, and What To Do About It. We’ve also found some new tick-borne bacterial diseases of our own in recent years, says Barbour, who is also a professor of medicine and microbiology at the University of California, Irvine, School of Medicine. “Borrelia miyamotoi, which can cause recurring fevers, was only discovered in humans in the U.S. in the past several years.”

Barbour doesn’t see an effective vaccine becoming available anytime soon, but is optimistic about the future of treatment, which he believes is improving as people are identified and treated earlier. “Most people do very well with antibiotic treatment,” he says.

That said, prevention is always the best cure. Here’s how to enjoy your favorite trails or backcountry roads without picking up these unwanted disease carriers—and what to do if one hitches a ride out with you including tick removal.

Find some of the best tips for tick prevention, written by Selene Yeager and Jessia Coulon here.

BICYCLING is the world’s leading bike magazine, covering all corners of the cycling world.