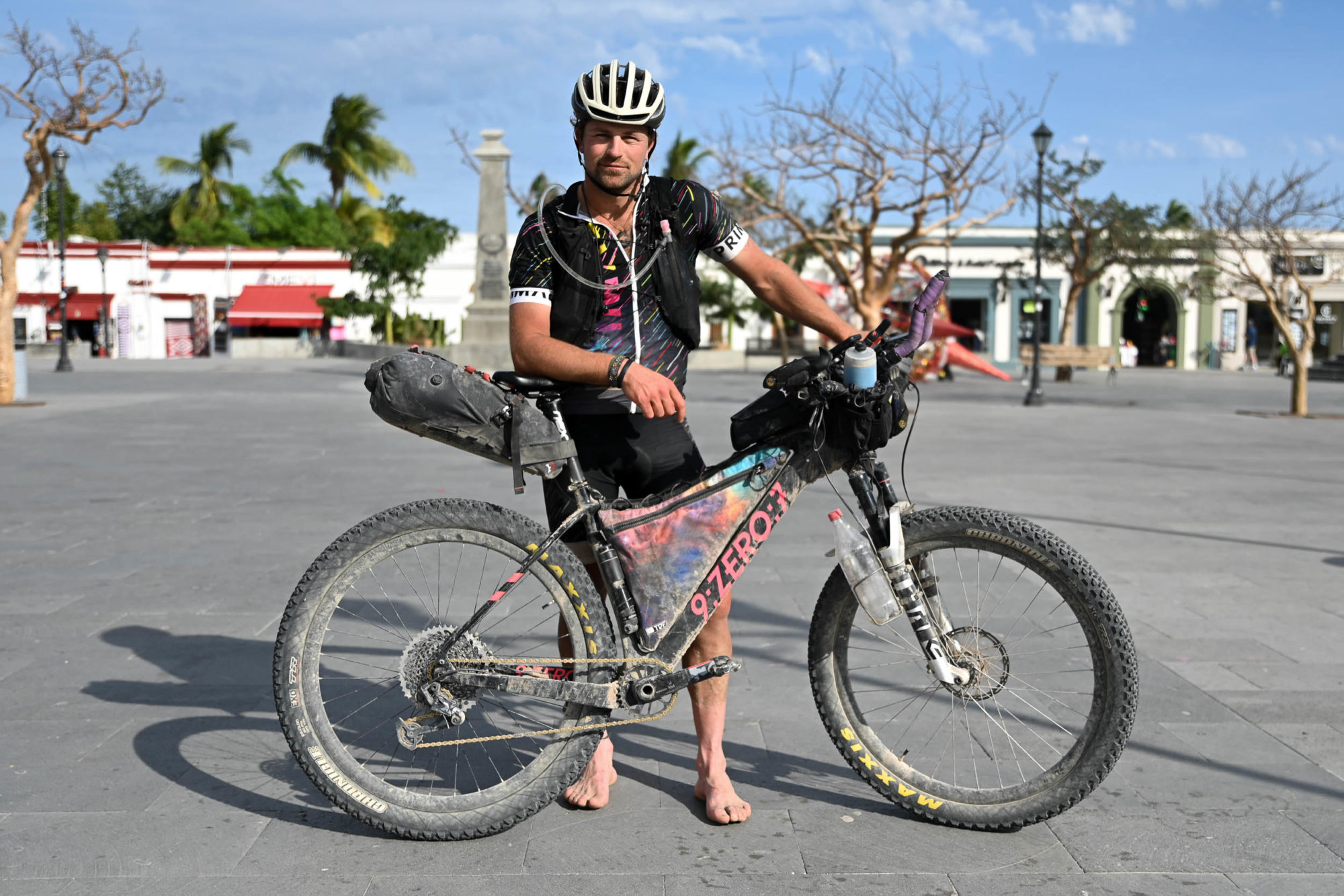 After 10 days, 13 hours, and 24 minutes, Miron Golfman has officially set a new fastest known time (FKT) on the 1,700-mile Baja Divide route in Mexico, raising over $40,000 for ALS in the process. Find details on his ride, a short interview, and his complete pack list here…

Miron Golfman’s Ride to Endure, his individual time trial (ITT) of the Baja Divide, began a full year ago in February of 2021 after spending three months volunteering as the primary caregiver for his uncle Bruce, who has ALS. Having always felt torn between being an athlete for athletics sake and competing for something greater than himself, Miron saw an opportunity to combine his passions and ride for a cause. The Ride to Endure was born out of this want to continue supporting those impacted by ALS while also pushing his own body for an epic ITT.

Miron started at midnight on December 31st, pedaling into the new year. He dealt with tough trail conditions from mud, sandpits, endless rutted roads, and the occasional mechanical. The unusually cold weather contributed to the sloppy conditions but made the days more comfortable. He dealt with serious knee pain, but the feeling of riding for more than himself helped him push through each day.

Miron says he’s really humbled to be able to ride his bike in a beautiful place like Baja and experience such gorgeous spots. And he says it was an amazing experience, but he won’t be riding the Baja Divide again. At least not for a long, long time. His official finish time was 10 days, 13 hours, and 24 minutes—completing the route nearly a full day faster than Pete Basinger and Lael Wilcox.

You can continue reading the complete article on Miron Golfman's FKT, posted by Miles Arbour here.

Founded in 2012, BIKEPACKING.com is the leading resource for bikepacking routes, in-depth gear reviews, inspiration, planning insight, adventure stories, news, and events. Our Mission is to inspire others to explore the far corners of the Earth by bicycle