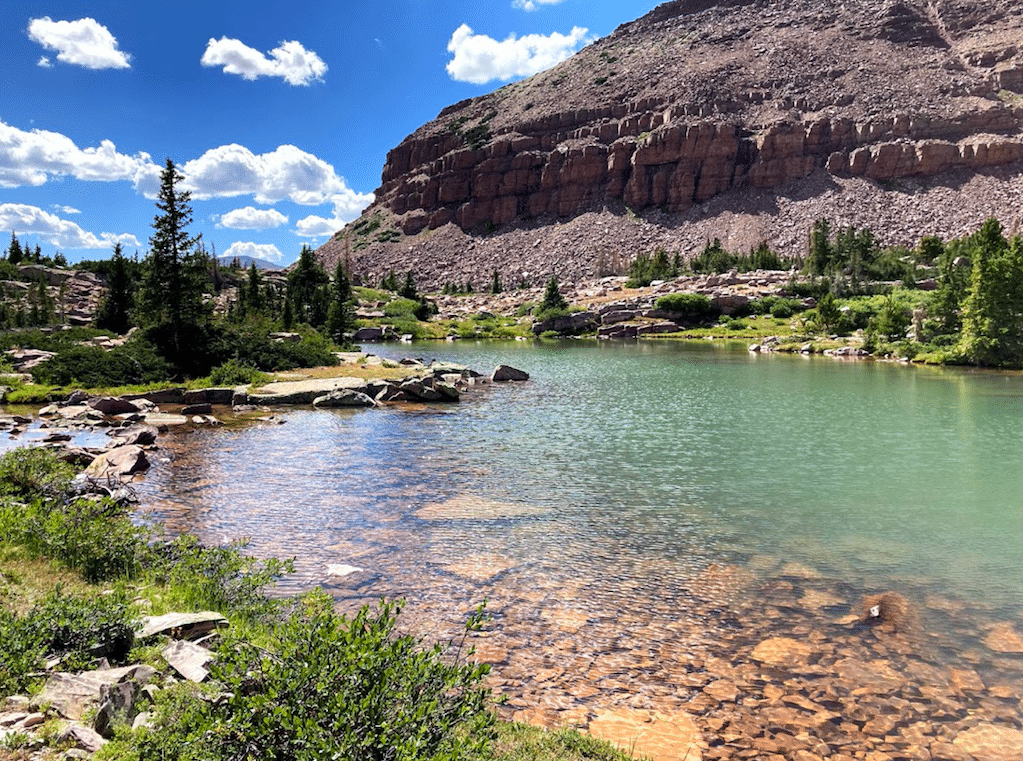 Uinta Highline Out and Back Gear

The Uinta Highline Trail is a 104-mile high-elevation route that follows the Uinta Mountains. It is a rare mountain range that travels east-west as opposed to the majority of ranges, which span north-south. Because of the logistics of car shuttles, distance, and the ability of food I knew I could carry, I simply decided to do the route as an out and back (some call it a yo-yo). This is the gear I took on the 5-day backpacking trip.

This pack has become a staple of my gear. It has survived carrying a cast-iron skillet, up to nine days of food, and a number of FKTs. I simply don’t feel secure without it. The custom Dyneema Composite Fiber printing capabilities are something special that LiteAF is able to offer.

The Deschutes Plus is a lightweight tarp with enough coverage against the outside world that the mosquitoes couldn’t get in. I paired this with a piece of Tyvek.

The Sawyer Squeeze has been a part of nearly every hike I have taken since my first thru-hike in 2011. It is simple, reliable, and I usually use it on top of a standard water bottle as opposed to bringing the pouches.

Interested in learning more about Jeff Garmire's Uinta Highline out and back gear list? Find the complete article here.

Backpacking Routes features long-distance routes from all over the country, sortable by length, region, and difficulty.