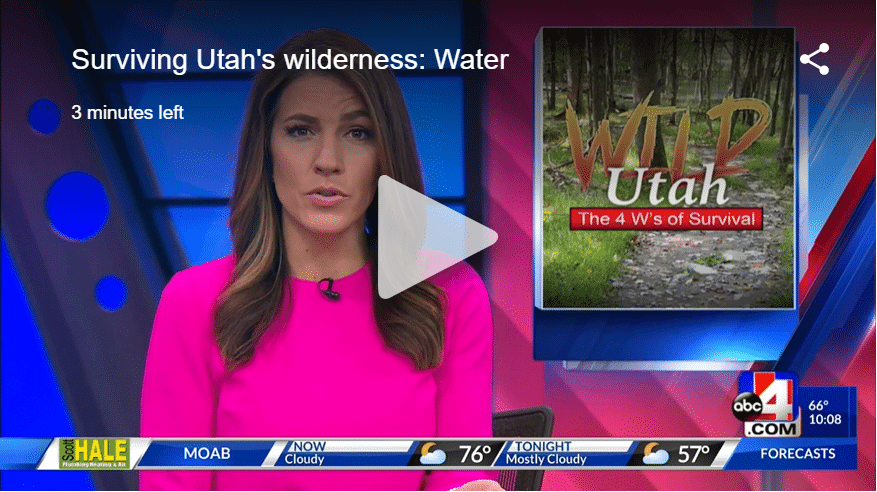 PLEASANT GROVE, Utah (ABC4) — Water is a necessity to survival.

Although most Utah’s trails have access to water, experts say none are safe to drink from.

A stream can do much more than create a serene hike.

You can survive three days without water. But survivalist Erik Pearson says on Utah’s trails, you probably won’t have to.

“When you are looking for water, why is this potentially a good idea? When looking at this pool, you can see it is pretty darn clear. You can’t see bacteria or pollutants, but if you see the water skeeters (trim), they float on the surface like this guy. If there are any pollutants that rise to the top of the water and breaks the surface, they can’t survive,” Pearson said.

Most Utah trails have access to water, but Pearson says to think twice before drinking.

“We have rocky mountain big horn, they are in the sheep family and they are typically the ones who carry the parasite Giardia,” Pearson said. “If you just take a sip of the water, you might catch that, and it takes a day or two to kick in, but when it does, you are going to be vomiting and diarrhea, severe stomach cramps until you get medical attention. It can really mess you up”.

ABC4 (KTVX) and Utah's CW30 (KUCW). "Our mission is to inform, strengthen, unite, and honor all Utah.